Odelynne was born the second, restless child in the small hamlet of Archet, hidden within the Bree-lands. From a young age, her mother instilled in her and her older brother a love of the wilds and nature around them. Her mother as a weaver and a painter, and although Odelynne was a willful spirit, she eventually showed talent in painting just as her mother did. Her father was a farmer by profession, though the tapestries and paintings that his wife would create also made for a fair share of their (albeit limited) wealth.

There being a six-year age gap between Odelynne and her elder brother, Ogden, her brother left the family home at sixteen to take up an apprenticeship in the nearby town of Bree to hopefully improve his prospects for his own future family. When Odelynne was fourteen, her mother was stricken down with a serious illness in the spring of that year and had passed by the winter months. Her father began to attempt to marry his daughter off to curb her wild enthusiasm at sixteen, but every suitor that came her way was sent running by her unbreakable spirit and love of the free, open temptations of the wild fields and whatever lay beyond--and a vicious tongue-lashing oft sent them running, too.

When at nineteen a fire and a brigand attack razed Archet and her father's farm, they packed up what remained of their belongings and moved in with Ogden in Bree, now sharing a family home with his wife and child. Though the adjustment to a larger town has been hard on her father, in the years since, Odelynne has flourished as a local artist. 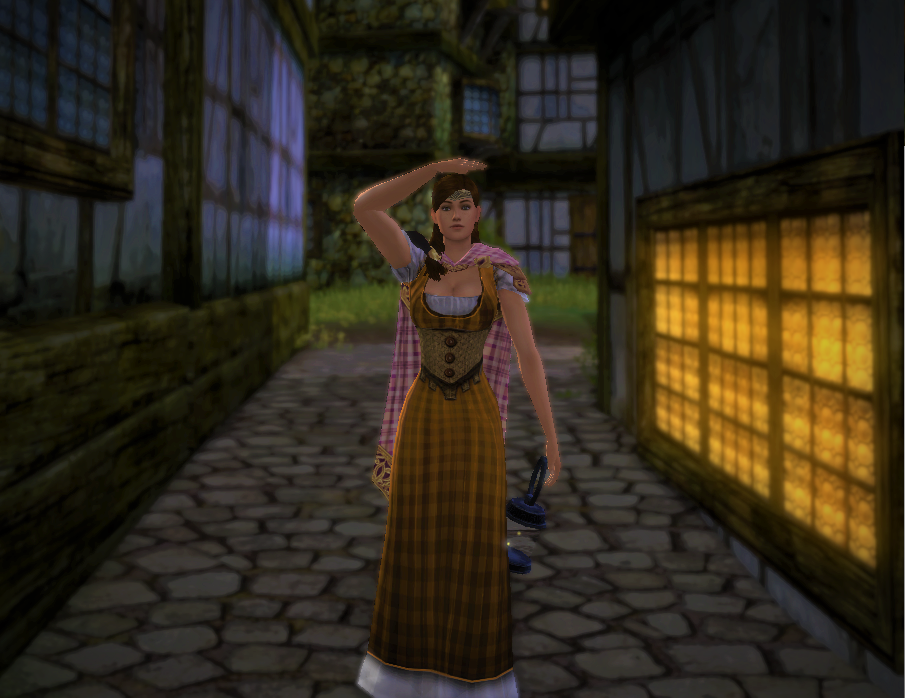 "I had thought that, by speaking with the lovely Odelynne only of dance, and art, and merriment, and the pleasure of good company, I was taking a step in the correct direction." - (as said by Fenley)
"But as Men may master their bodies to fight, so they may master fear. You are the type more likely to die by the sword than by sensibility." - (as said by Arthur)