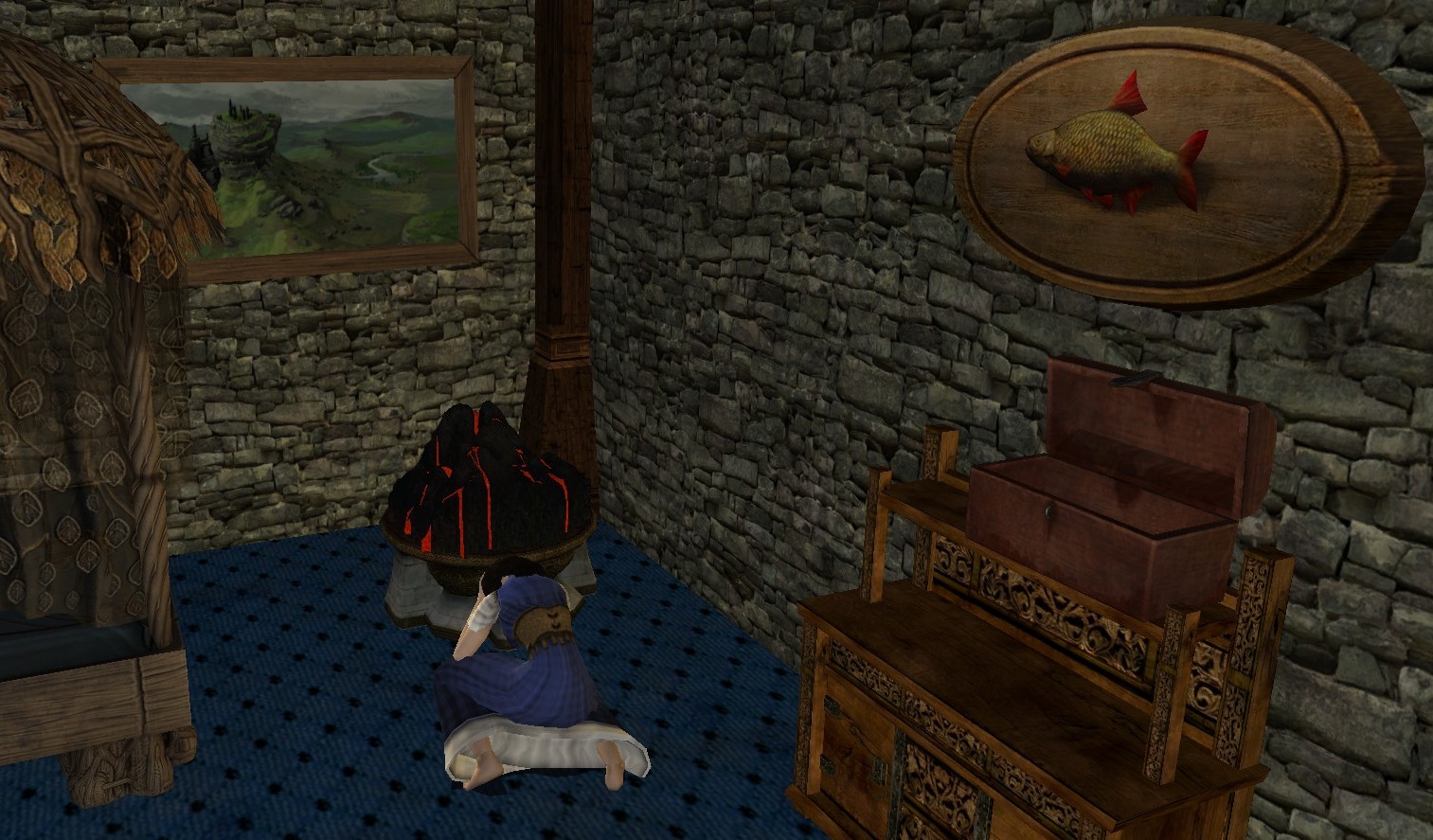 One has a lot to think over when they are left alone for a day. Dammon was spending the day with his father, and Eira was spending the day to herself. She could have sought companionship, but she felt so far away from everyone. Even her recent visit with Syllea went awry. As she fished the pond behind the house, she felt overcome with a sense of loneliness and sorrow. She remembered the days of being a hermit in Gondor. She hid out at the edge of a town, petrified of her past finding her, and lived an empty, reclusive existence. It was not until she moved to Bree that she finally felt connected to people. Yet even now, she felt herself returning to isolation. It was good that Eira cleared things up with Nimraph, and had been assured for his continuing love for her. 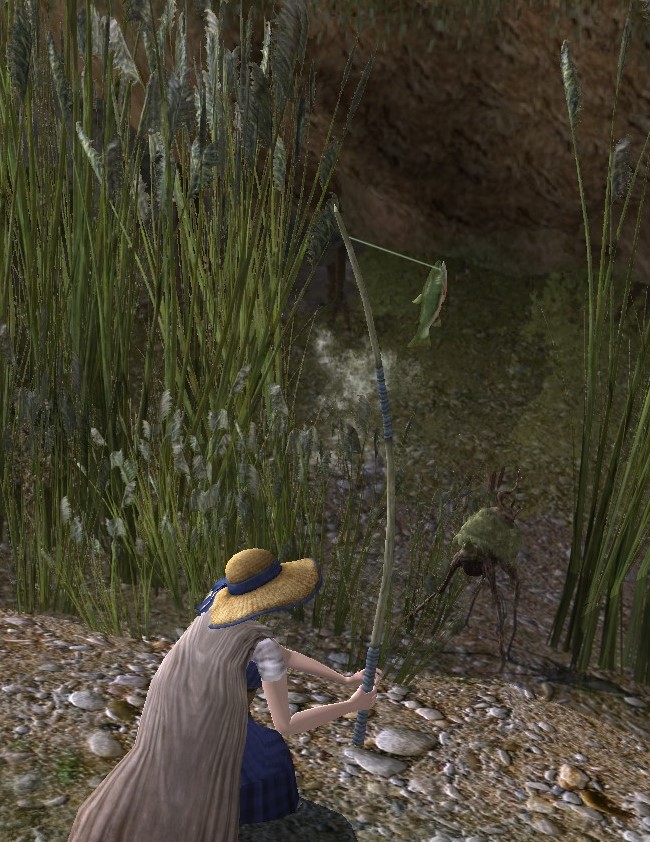 As she continued on with her day, the feeling got worse and worse. As she tended her vegetable and herb gardens, she felt heavy. Being pregnant was taking its toll on her physically. Her bloating and swelling made her feel like a disgusting water bottle filled with moldy water. Her breasts hurt so much from swelling, she found it difficult to hug Nimraph last night. Gardening right now was difficult as well. Constantly getting up and down... She was trying to do this during the evening, so the sun would not beat her down. 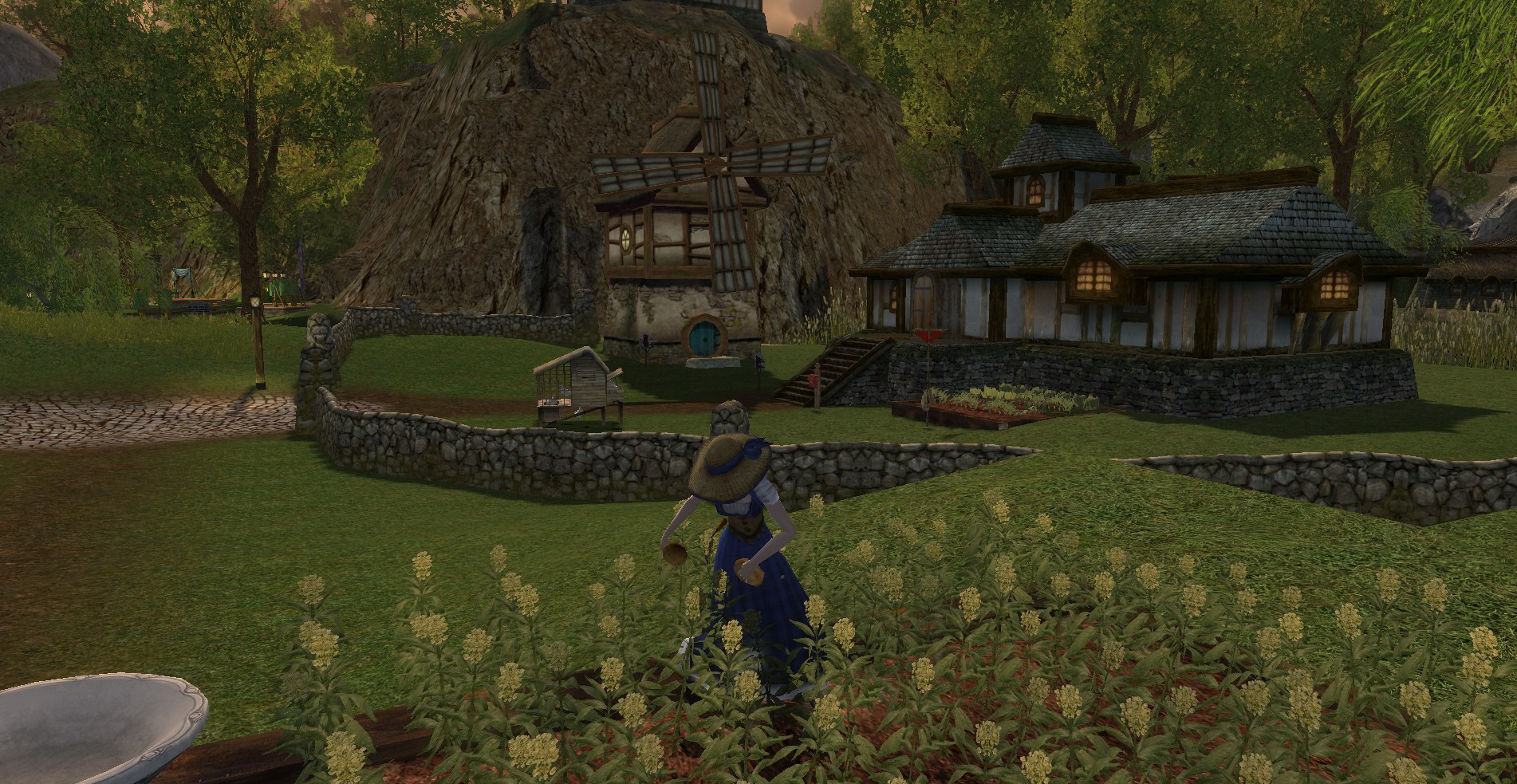 Eventually, Eira finished gathering and planting anew. She went inside, and after a drink of water went to work.

She washed the crop, gutted the fish, and set out to cooking. She was tired, and her physical and emotional draining was stealing so much vigor from her. She felt like a monster, a lonely bitter hermit, and a hopeless dreamer all in one. Who was she supposed to go to? Nimraph made it clear that he had no way of helping her in her social life, as much as her cherished her. 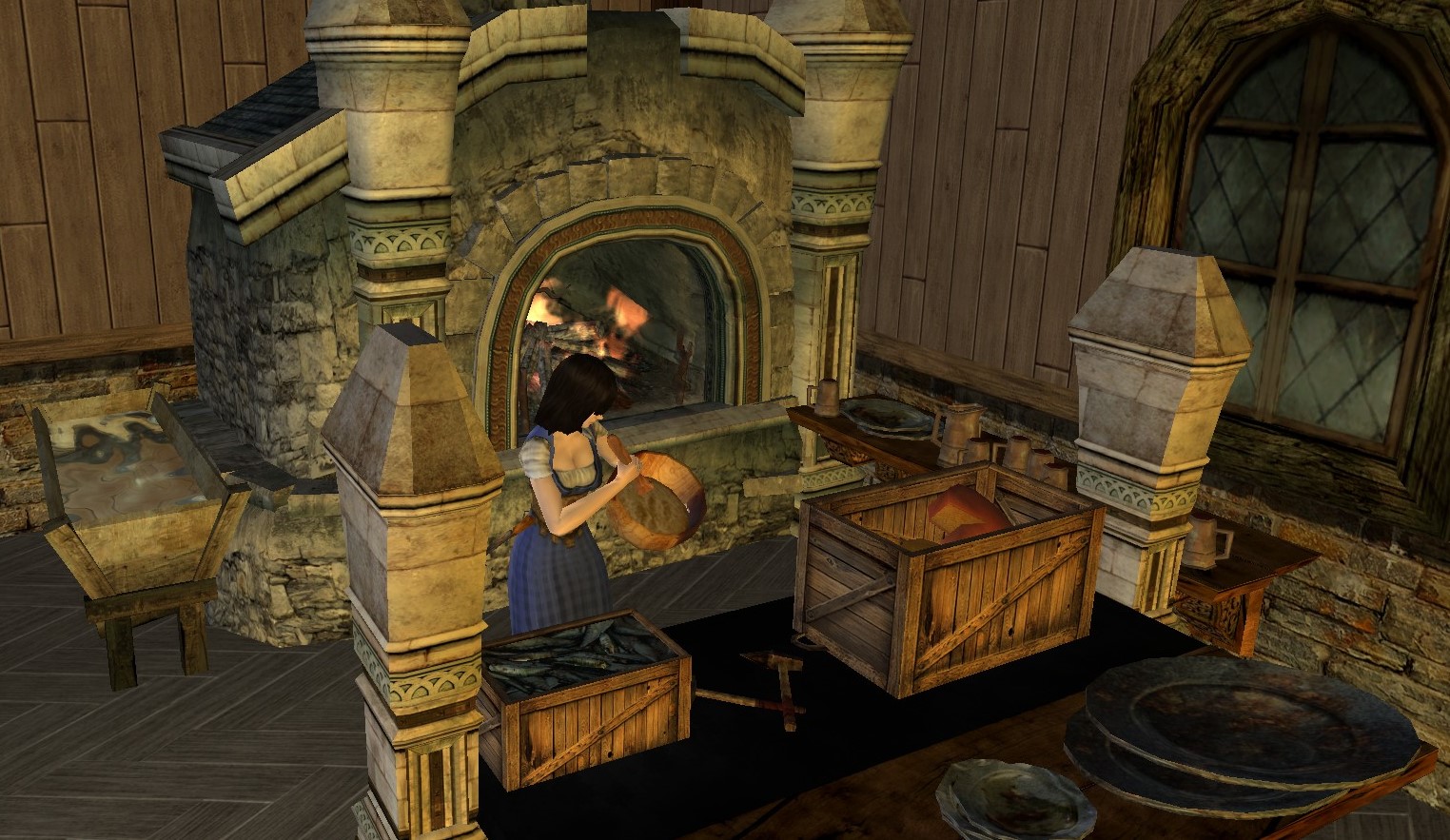 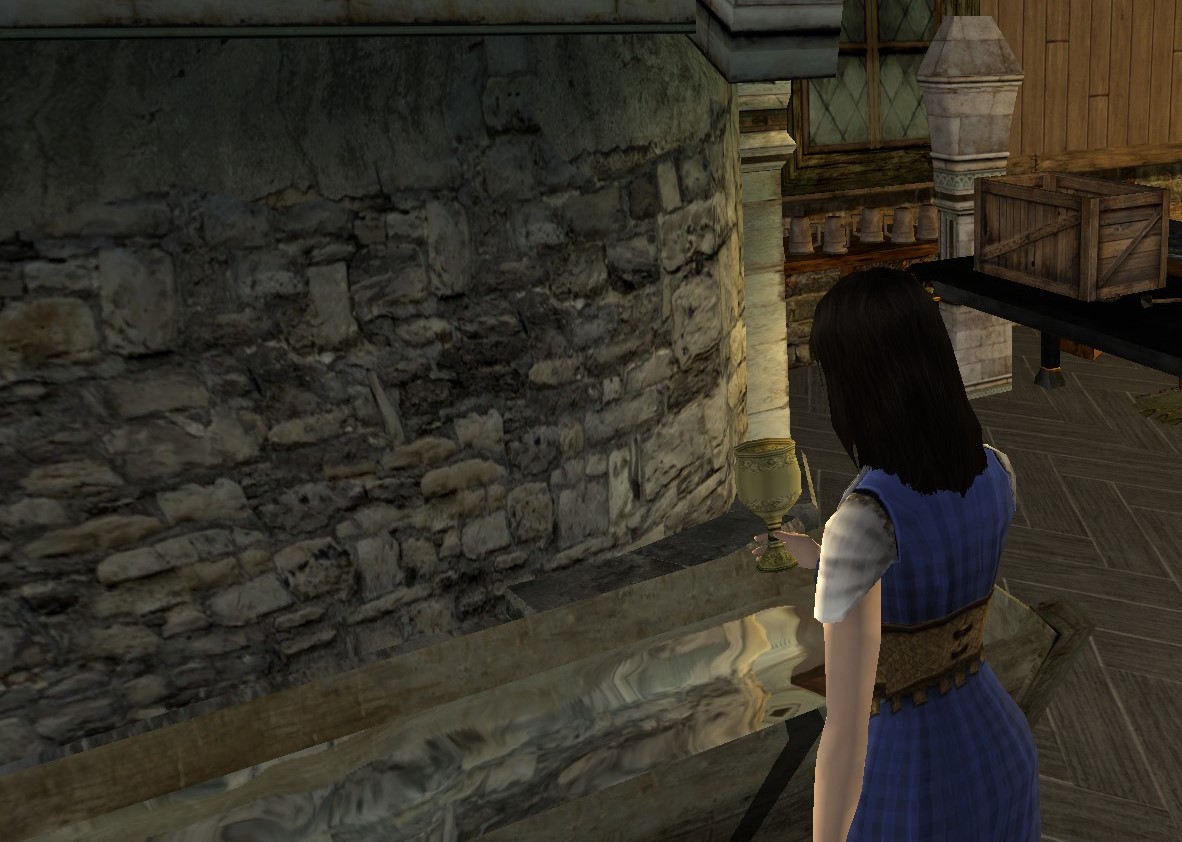 Eira finally finished up the food preparation and started eating. She was both starving and unable to muster the physical wellness to eat. She shoved food down her gullet, slowly. How could bloating effect her enjoyment of eating this much? 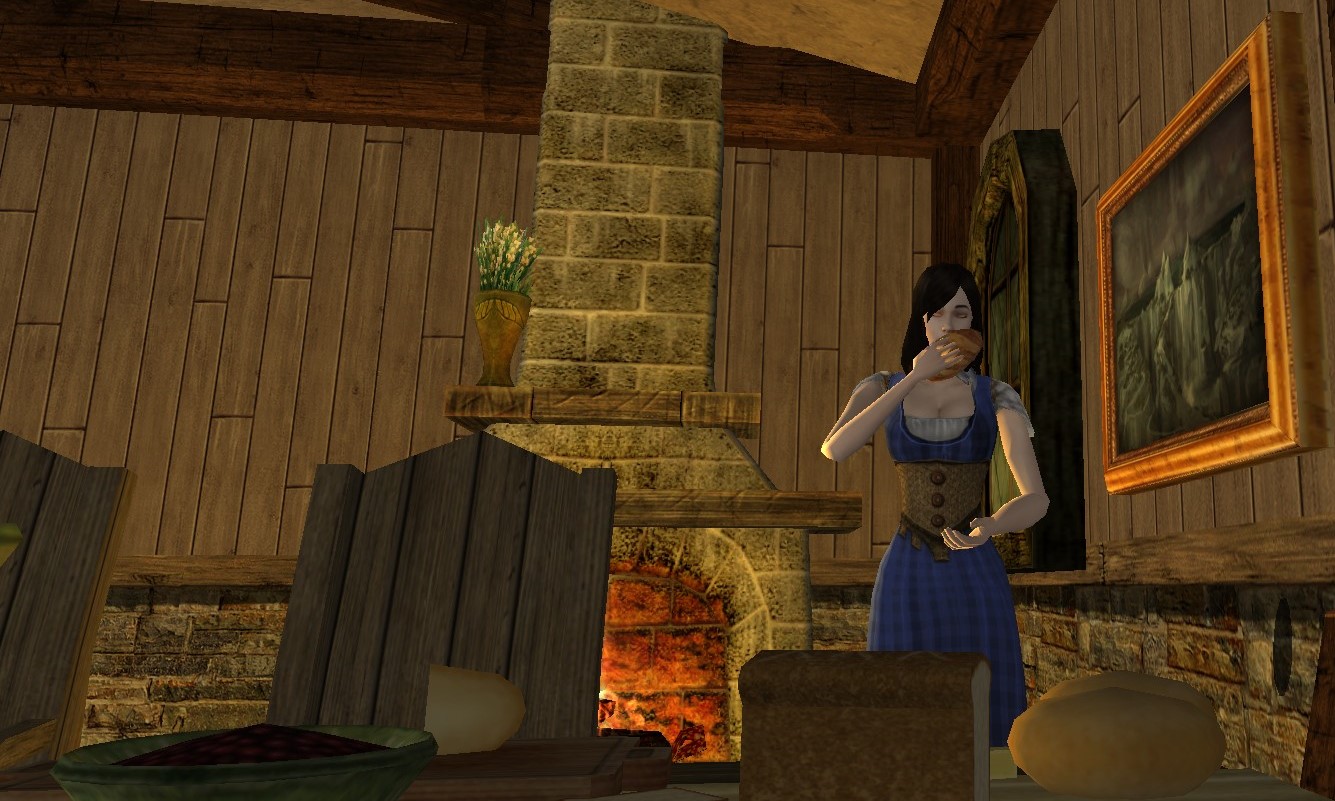 She stumbled to her library. Would reading help soothe her mind? As she sat on a bench and read up on the history of Arnor, however, she felt unable to concentrate. Before she knew it, she was already zonked out on that solid, hurting bench. She seldom dreamed, and the feeling was cold and distant.

When she awoke, she painfully arose and walked towards her bedroom. Oh, she was so bloated... But how were her children fairing? She clenched her stomach and sighed. She was oh, so overwhelmed. She had slowed down and stopped working for Millshaw - save delivering delicious meals for the workers - yet she felt tired all the same. Was she becoming more trapped inside herself? Was she feeling that estranged? She held her stomach, as if cradling her babies, and sighed. She had a fantastic support network, but she felt like it was drifting away... 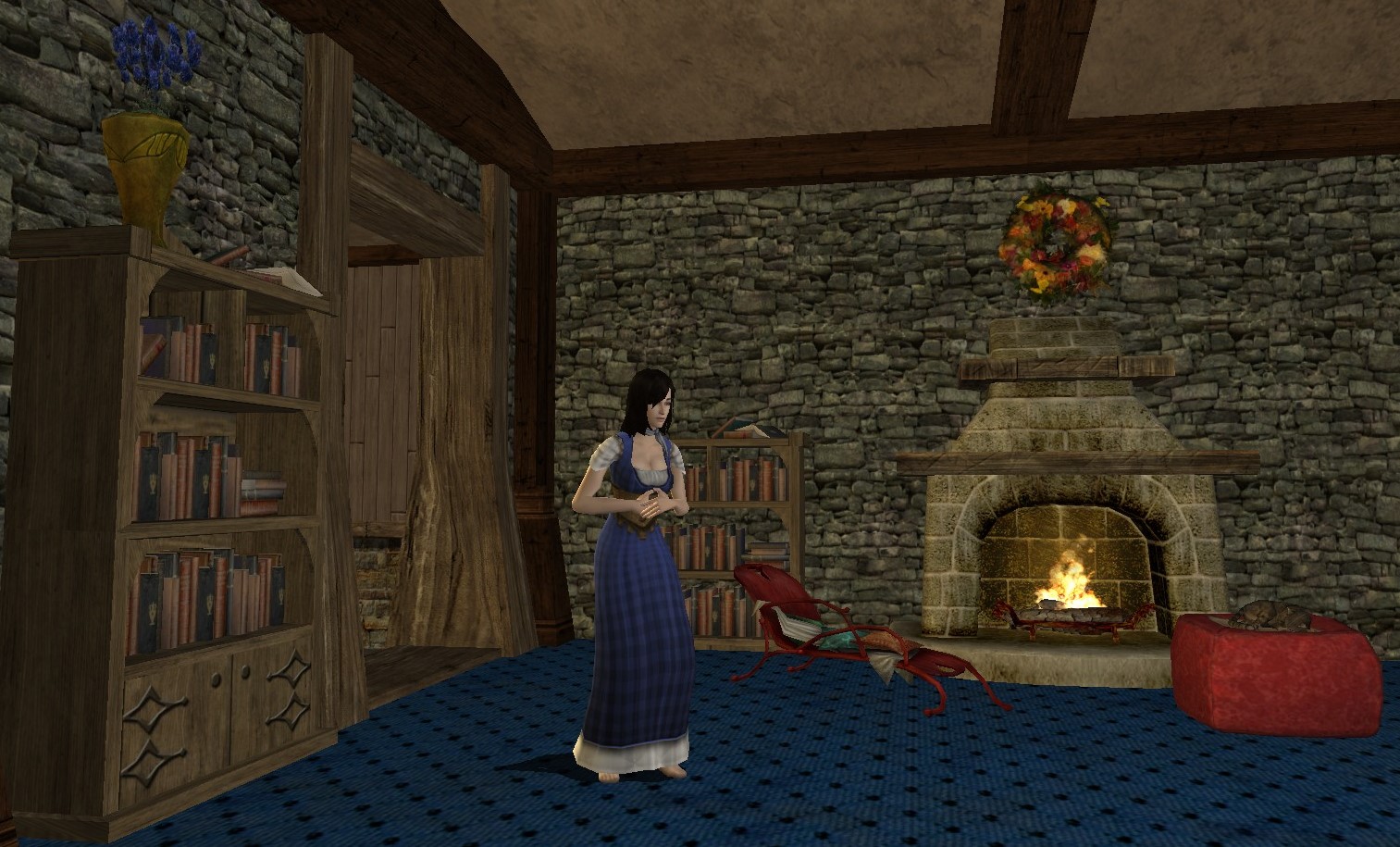 She changed into a bedtime robe. She avoided paying too much attention to her scarred and bloated body as she slipped into blue robes. She yawned, feeling shaky and timid once again. 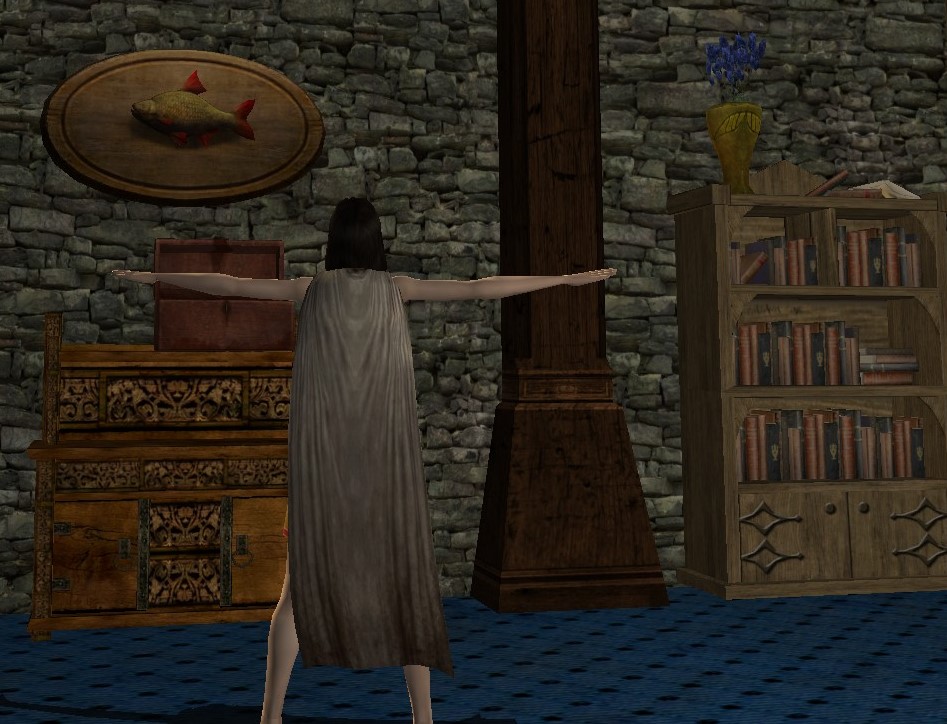 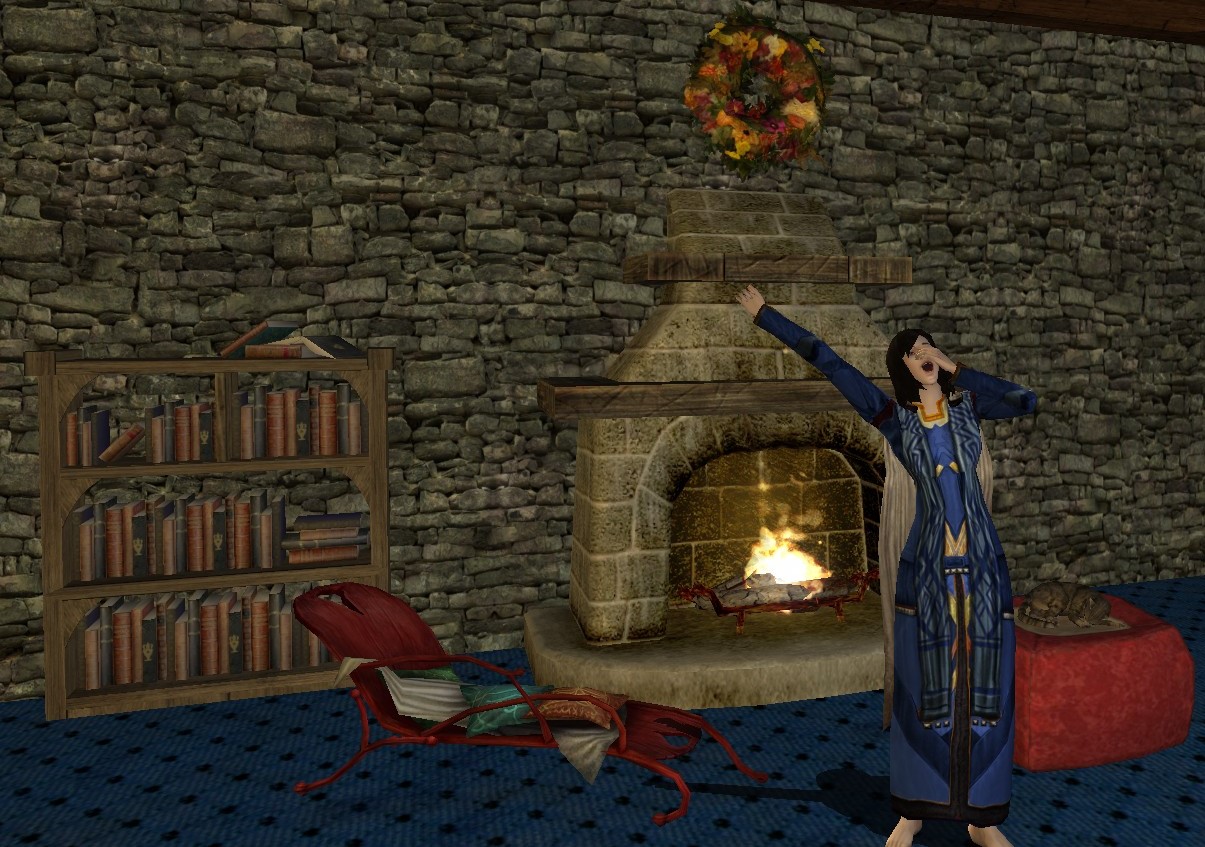 When would her internal nightmare end?