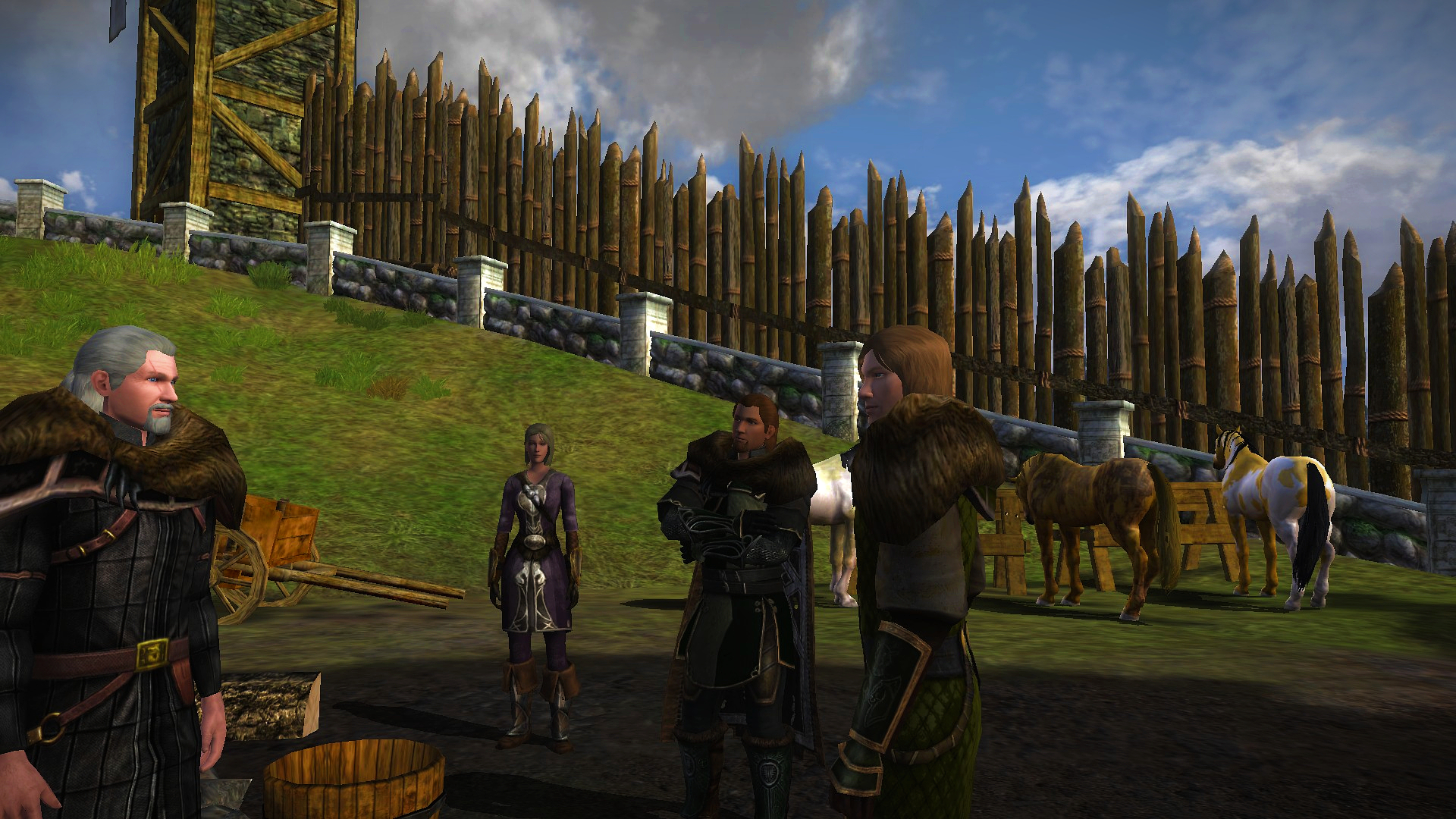 It was The Oathsworn's first day in Cliving, they'd been appointed a space in which they might stay. Which in truth, put many in the company at edge. Seeing as the high ground rested above them. Yet they figured it was nothing more than their own paranoia. All of the company had seen blood-shed, and knew well what the low ground entailed.

They had all situated their wardrobes, knowing they'd soon be in the presence of the Thane of Cliving, along with one of the Graevewillow family. Orduin in particular had put on a leather cuirass, with chainmail underlying it for discreet protection. Having only one of his blades sheathed at his hip in the stead of two.

He'd not the true tongue of a politician, and was far more accustomed to the battlefield than warmly lit Mead-Halls in company of Lords or Thanes. He knew, although that he could at the very least act on his best behavior. The rest of the company seemed sure enough of themselves, and so would he.

They made their way up to the Mead-Hall, long well made stone stairs lead to it. Accompanied by a moat that laid before them. The water had this sheen to it, accompanied by the stone to leave a blinding glare. They did not enter yet, until Sheldian retrieved them. 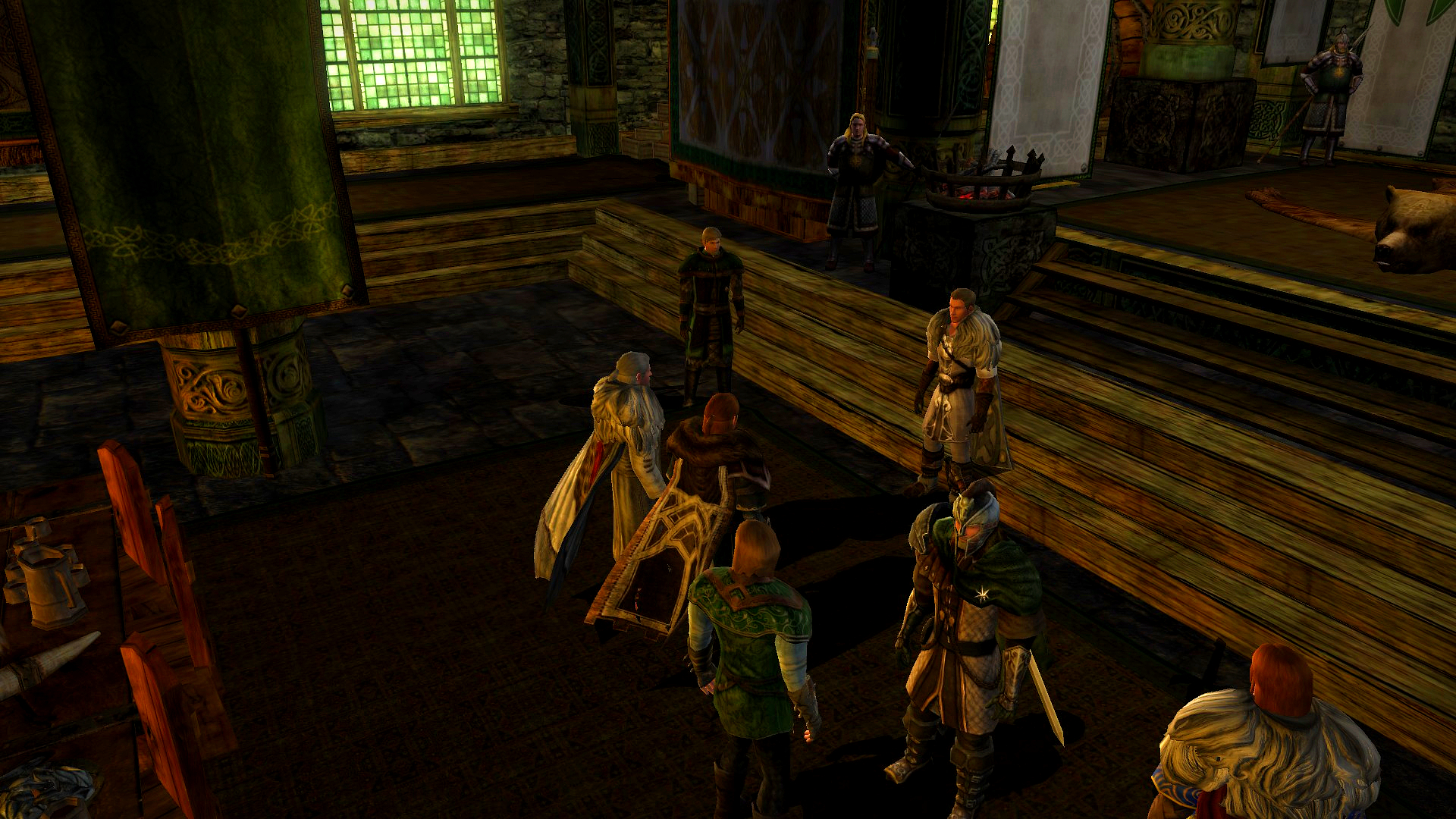 Within the Mead-Hall of Cliving did they meet with the Thane, after having met Sheldian in which they had a much warm welcome. Thorvall had introduced the entire company, and poked fun at each one of them it seems. The old man was welcome company amongst all, he spoke with a warriors tongue and many in the company found comfort in that.

After what seemed like years, Thorvall and Sheldian drank from the Goblet of the Thane. Inviting the rest of the company to come and drink from it, a show of true generosity. Orduin was quick enough, jumping to his feet to introduce himself before taking the goblet. He sipped carefully from the side he believed lips had not touched before. Handing it to Wrecca, in which it went around the entire company.

Thorvall and the Thane of Cliving left the Hall to speak with each other in solitude. It had seemed, after their intricate public conversation there was far more minute detail to divulge between each other. Sheldian took this moment, to sit everyone down and begin the feast he had prepared for their arrival. Orduin was eager as ever, and sat next to Sheldian, being poured a goblet of wine.

They spoke for hours in the light of the hearthfire, and Orduin presented the brooches he had made for the Graevewillow family. Rohirric crests in the shape of a Stallions head. Sheldian seemed appreciative, and reciprocated the gesture with his thanks, along with a smile of gratitude. Dytha had joined them, and sat next to Alweard to share in conversation. Whilst Wrecca and Gamforth left the Hall to do whatever they did best.

Sheldian and Orduin spoke of Bree, and of war. Of the great appreciation they had for each other, in whichever aspects they held to a degree of respect. Offers of training, and of helpfulness were spoken. The night was ended when all had full bellies, warm food and wine. The Oathsworn had true allies in Cliving, and for a moment all seemed to be at peace. 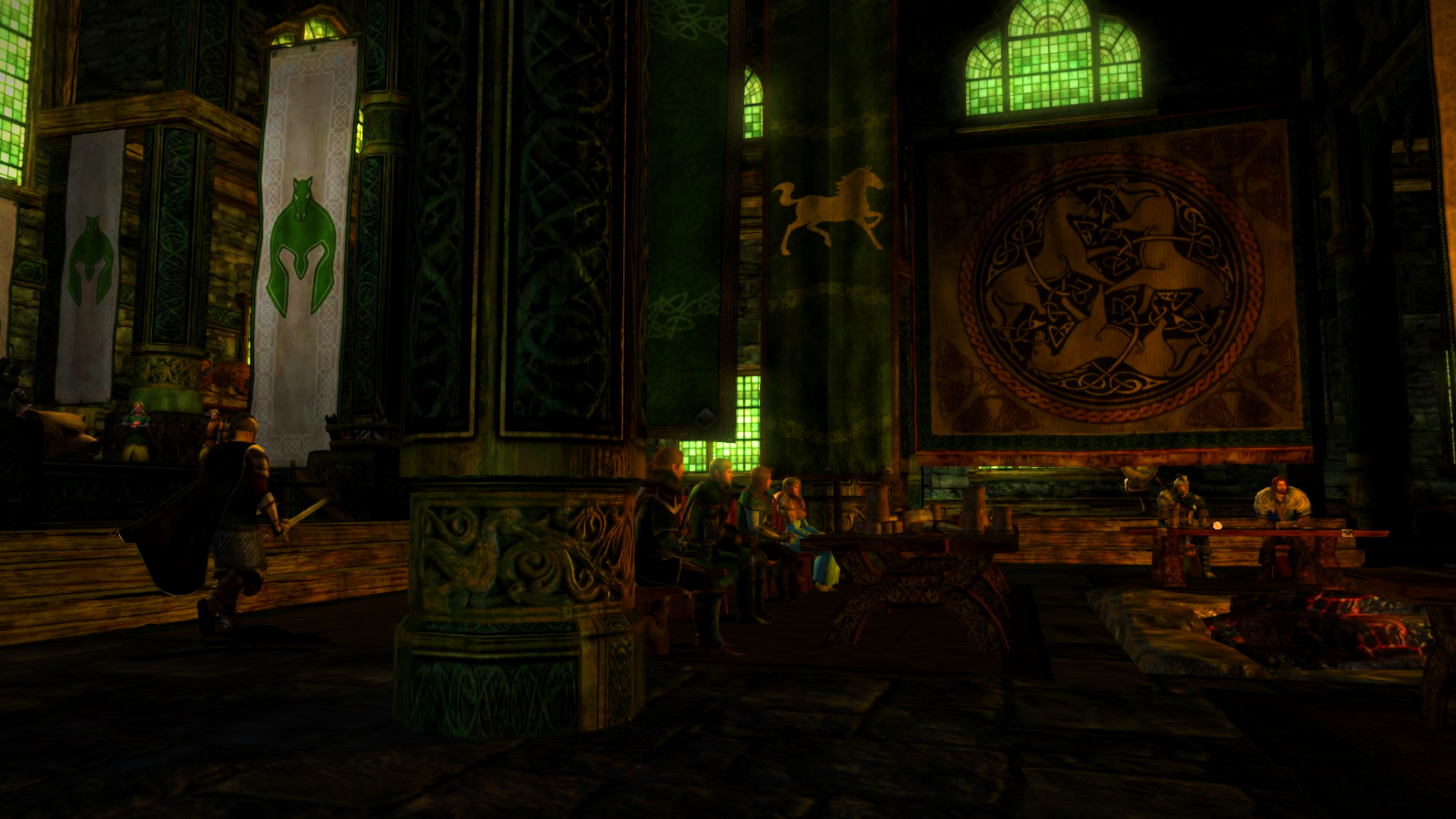