Middle-Earth Feast - The History Of Ent-Draughts

Have you ever wished to be taller ? Most hobbits do, I bet there are also some dwarves out there that would enjoy a few more inches. If you travel to Fangorn Forest, don't forget to visit Wellinghall, home of Treebeard - there you may find some very special brew called Ent-Draught. Have a sip, and enjoy your new stature.

The ingredients used to make the real Ent-Draught remain a close-guarded Ent secret. This potent and almost magical beverage is brewed by the Ents from the waters of a pure mountain spring on Methedras, in the south of the Misty Mountains. It is from this spring that the river Entwash originate, and its waters have special, almost magical properties. If you drink from the Entwash your wounds will be healed and your weary body will be refreshed.

Famously, the Hobbits Merry Brandybuck and Pippin Took were taken by the Ent Treebeard to Wellinghall, his home in the Farngorn forest, and each given some Ent-draught from a stone-jar. Merry and Pippin found it similar to the Entwash's water, and yet more invigorating.

"The drink was like water, indeed very like the taste of the draughts they had drunk from the Entwash near the borders of the forest, and yet there was some scent or savour in it which they could not describe: it was faint, but it reminded them of the smell of a distant wood borne from afar by a cool breeze at night. The effect of the draught began at the toes, and rose steadily through every limb, bringing refreshment and vigour as it coursed upwards, right to the tips of the hair. Indeed the hobbits felt that the hair on their heads was actually standing up, waving and curling and growing." The Two Towers - chapter 4, Treebeard

The following morning Treebeard gave the Hobbits some Ent-draught from a different bowl. Merry and Pippin recall as this one had a much richer taste, almost  like food.

"The taste was not the same as it had been the night before: it was earthier and richer, more sustaining and food-like, so to speak." The Two Towers - chapter 4, Treebeard

So there are at least two different version of Ent-Draughts; one invigorating and refreshing, and one filling and rich in substance. When Merry and Pippin were reunited with the rest of the Fellowship, they were both noticeably taller, and although their exact height is not recorded, it is said in the Shire that they both surpassed Bandobras 'Bullroarer' Took, who was the tallest Hobbit ever recorded to that point, standing at four feet, five inches tall.

The original Ent-Draughts recipe remain a close-guarded Ent secret, it is possible however to recreate a similar beverage, minus the magical properties of course.

Juice your cucumber and apple in a juicer. You can leave the skin on just because a lot of the nutrients are in the skin, just remember to wash both apple and cucumber thoroughly.

Combine the mint leaves, honey and a little of your juice and mix well, leaving the mixture to rest for a minute or so, until the mint leaves release all their freshness

Strain the mints leaves out and add the rest of the juice, then top it off with the sparkling water with some ice cubes, and garnish with a mind leaf and a drop or two of honey. Enjoy! 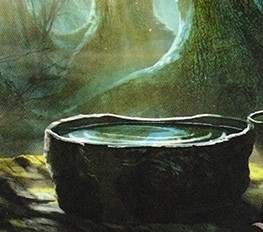 If you’ve ever walked through a damp forest after a heavy rain, you’ve experienced the amazing scent of the woods. It’s layers and layers of fragrances - pine notes and soft earthy mushroom scent, accented with the spiciness of tree barks. and mustiness of ferns in the undergrowth  near a clean stream. The Ents have learned how to harvest all the forest-y goodness into the Ent-draught, a truly magical elixir.

- MIDDLE-EARTH FEAST : THE HISTORY OF LEMBAS

- MIDDLE-EARTH FEAST : THE HISTORY OF CRAM 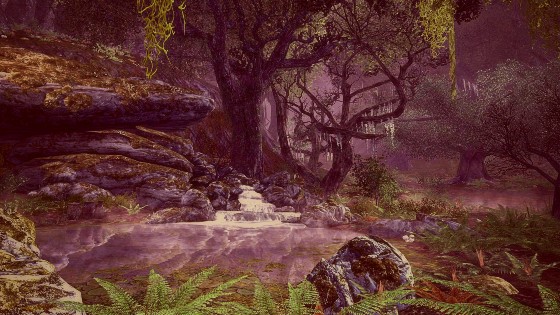