Nimlachon of the House of the Swallow

Nimlachon is only old enough to remember a glimmer of the light of the Trees of Valinor; to remember an arduous journey and the faint smoke of ships set ablaze. To remember murky dreams of travels underfoot and shadows hounding steps, and a home of tunneling caves. The first true memories he can lay a claim to now are that of the City of Seven names; of the city of Gondolin, where he was raised in the House of the Swallow. As an only child, he made quick friends with children from all the houses, including that of his cousins, whom he did not share a house with (in their days of bearing arms). He was quickly acclaimed as a promising archer; his eyes could catch hold of anything that dared move on the field of battle. During the Fall of Gondolin, though he stood with the members of his house and fought fiercely to defend their home, he was ultimately forced to flee to Sirion. In his escape, he rescued the family of a smith from the House of the Hammer of Wrath; a family he was close to. While the mother ultimately perished in their flight, he rescued the daughter and the son. Nimlachon and his father became their minders from then on. He never forgot, however, the moment he saw his uncle flee his post as a shield-warden. He does not often speak of this battle. He will do anything to avoid it. 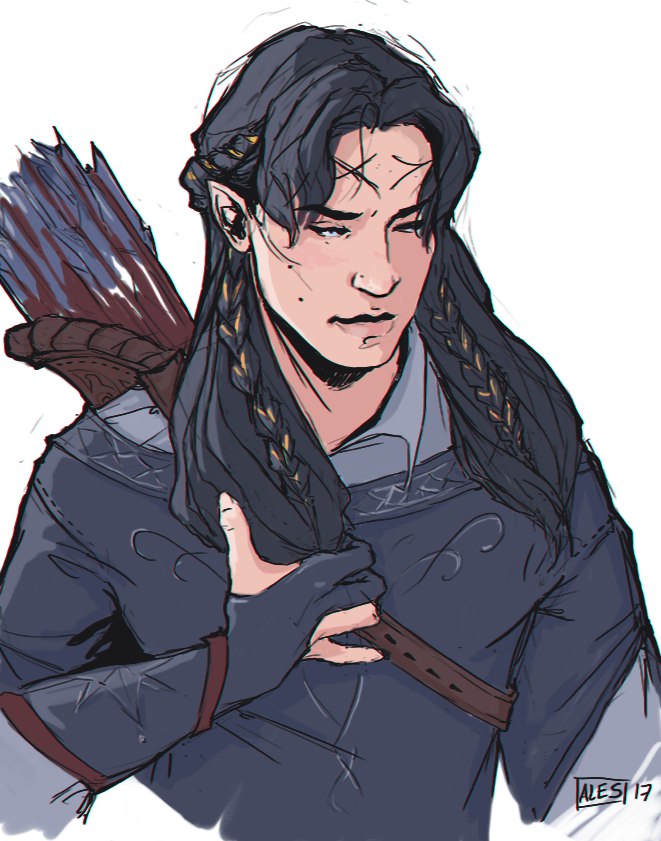 He fought in the War of Wrath again as an archer, and came away alive and unscathed, save for a few lasting scars on his body and his feä. Celossiel, his surrogate sister, left for Eregion. Nimlachon, Balvagor (his surrogate brother), and his father fled to Lindon.

He served under Gil-galad and his realm in the Second Age, up to and including the Last Alliance of Elves and Men. At Dagorlad, he was forced to loose an arrow into a companion of his whom he saw be taken prisoner. They called out to him to end their suffering ere it began, and he obliged. He still has nightmares of this; wondering if what he did was truly justified in the end. He would like to believe it was. He walked away from this battle fatherless, as the last of his remaining kin was slew on the plains; another victim for the Dead Marshes to hold. Even after victory was won, Nimlachon suffered greatly in his guilt, and he hid away in the darkest corners of Felegoth for as long as he was allowed. Those who were close to him assumed him dead, and many still do. 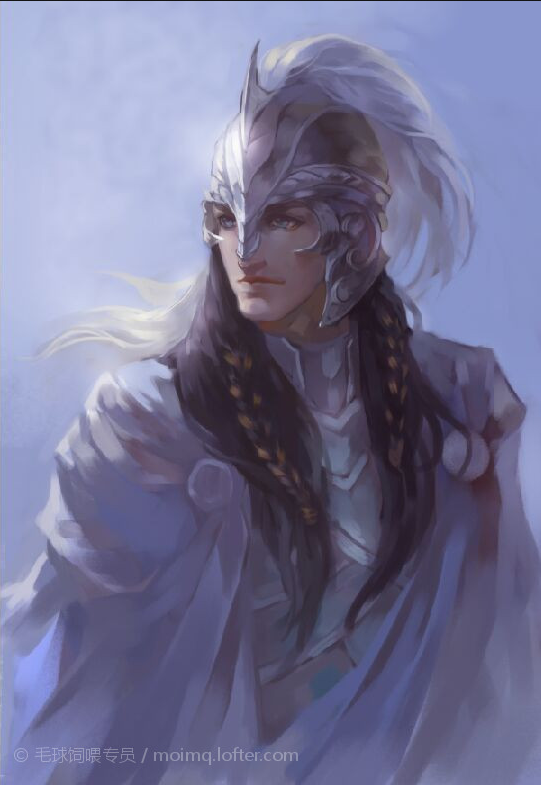 He swore fealty and service to Thranduil during the Third Age, and drew arrows and breath in the Battle of the Five Armies; though he suffered an injury early on, and watched much of the battle from afar with the other wounded whom were being tended to. After that, he put away his bow and quiver for a time to take an interest in more scholarly pursuits, as he planned to head to Valinor as the Shadow in the east grew. However, a rumor reached his ears of a name he had thought long-lost to him; Aeniri, his cousin, daughter of the uncle who had fled his post. Murmurings of an elleth of the High Kin, who had long been away from her kind, and who could only have been her. He also heard tell of an elleth to the West; a lingering soul who sought out the knowledge of the Gwaith-i-Mírdain. It was with these names in his mind that he set out to seek the last remaining hopes for him on Arda.

This gallery is empty.
Nimlachon's Gallery