Amathlan was born in Gondolin, of the House of the Golden Flower, before its untimely fall. Yet, if one were to ask him where home is, he would answer with "the Vale of Imladris", or even "the company of the Dunedain in Evendim". Although he remembers fondly all of the places he has lived, and all the rulers he has served under, he knows that tarrying in the past will not help him focus on the present. That is not to say there is nothing to be learned from the past - just that he shall not linger in it.
The Last Alliance of Elves and Men was also the last time he saw his sister. She, sick of the bloodshed and the violence, fled to Lothlorien under the sanctuary of Galadriel, and he has not seen or heard from her since. Amathlan cut his losses and returned to Imladris, where he served as one of the guards. The lifestyle of defense wearied upon him, however; and as rumor and proof grew of the Dark Lord's return in the East, he took the opportunity to head north and assist the Dunedain in fending off the attacks of Angmar.

Until recently he had been amongst them permanently, undisturbed, free to assist as he saw fit. However, upon rumor of his sister's return to Imladris, he has decided to regularly make a visit to the Vale to report personally to Lord Elrond, and to search for proof of his sister. He has had to relearn courtly graces and manners, a difficult task when it was accepted for him to be brutish and reserved with the Rangers, as they were fighting for life and death. Yet, he considers it a worthy endeavor, as he knows he cannot linger in Evendim forever.

He had come across the Company of the East Road and decided to join them on their venture to the Rhovanion in September. He serves as a scout and a guard. Though he has made many close friendships there, the grief of losing his sister Mallossel is a fresh wound. He does his best to mind his temper and his tongue, yet he finds it inexplicably hard in the face of his friends - old and new. After a recent threat in Minas Eriol that led him and some of his close friends on a chase through Forochel, he went to Angmar on orders of infiltration. He returned from his fruitless journey lacking all courage and claiming any light he once held has been chased out by the shadow of that place.

He is currently presumed missing (or, Valar forbid, dead). 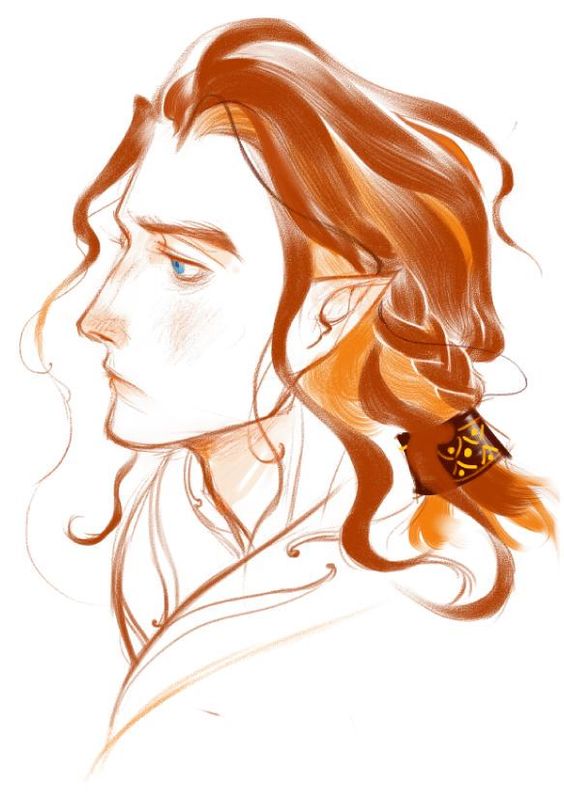 "the fading sons of a dying race"

"be a much harder target to kill"

"you are more than that anger!"

"believe i have earned his trust"

| image by wavesheep | image source | - a song -  (author's note: feel free to IM me thru the archives or in-game if you would like to meet up with amathlan for some roleplay)