Submitted by Ornessar on January 9th, 2018

"In the beginning, it all seemed like this would be a day like any other. I and my twin sister, Alfirieth, had just finished a long game of chess (which inevitably ended up as a tie), so I decided to temporarily empty my mind and relax by having a walk away from Alqualondë by myself – or at least, what "away" feels like in the eyes of a young child. I and my sister were both merely twenty-six years old, which is considered a very young age for the Eldar. Anyway, I lit a lantern and then told my father of my plans.

My young self roamed around for what seemed like an hour, occasionally picking beautiful flowers from the plains and braiding them into flower circlets and his hair. He eventually reached a small forest which he always wanted to visit - even in the first few years of his life. For some peculiar reason, it made him curious and drew him in...

And that is when I saw her: Calaerneth... An elf young like me, with long hair like shining silver, lips like flowers in bloom and eyes that mirrored the beauty of the sea. She was wearing a long sky-blue robe made out of cotton. She was comfortably sitting with her back laying on a tree, with a book in her hands, a lantern beside her and a fox sleeping on her lap.

We stared at one another's childish eyes for what seemed like centuries, we saw the stars of the whole sky mirrored in them, and with that, we instantly and involuntarily "accessed" each other's mind; a trait we still possess even to this day, no matter how far apart we are. All we were holding in our hands fell down on the grass and we got lost in our own reality for a long moment. Eventually, we both returned to the real world. She shyly said, "A star shines in our meeting...", to which I replied, "So does the world itself...". Both of us could sense both ours and each other's heart beating outrageously fast, yet in sync.

We talked to each other for hours and wore the two circles I made. Eventually, of course, we noticed that too much time had passed, and we walked back to the city of Alqualondë together. Since that day, we became inseparable. Some years later we got betrothed and then married. You see, we married when we were very young. Our first child, Rhaenyel, was given to us when we were just one-hundred-and-fifty years old! But all these are stories for another day..." 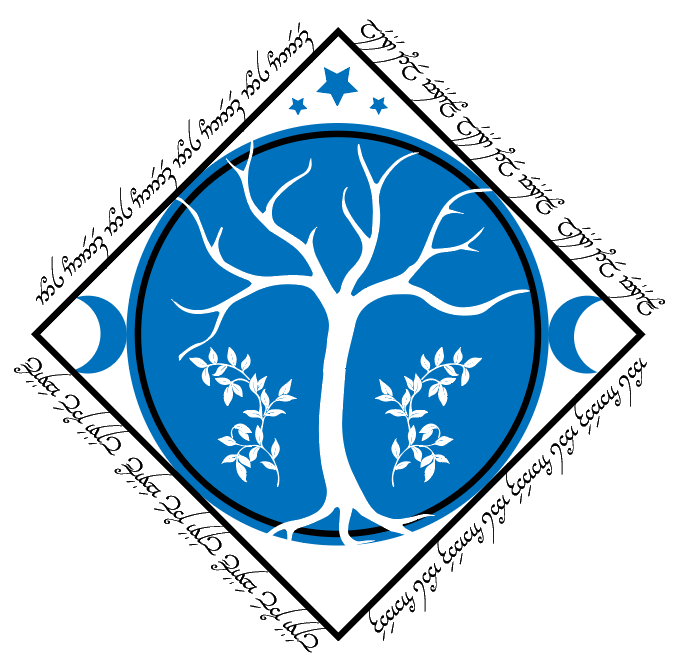