The Steak - a piece of dogetry 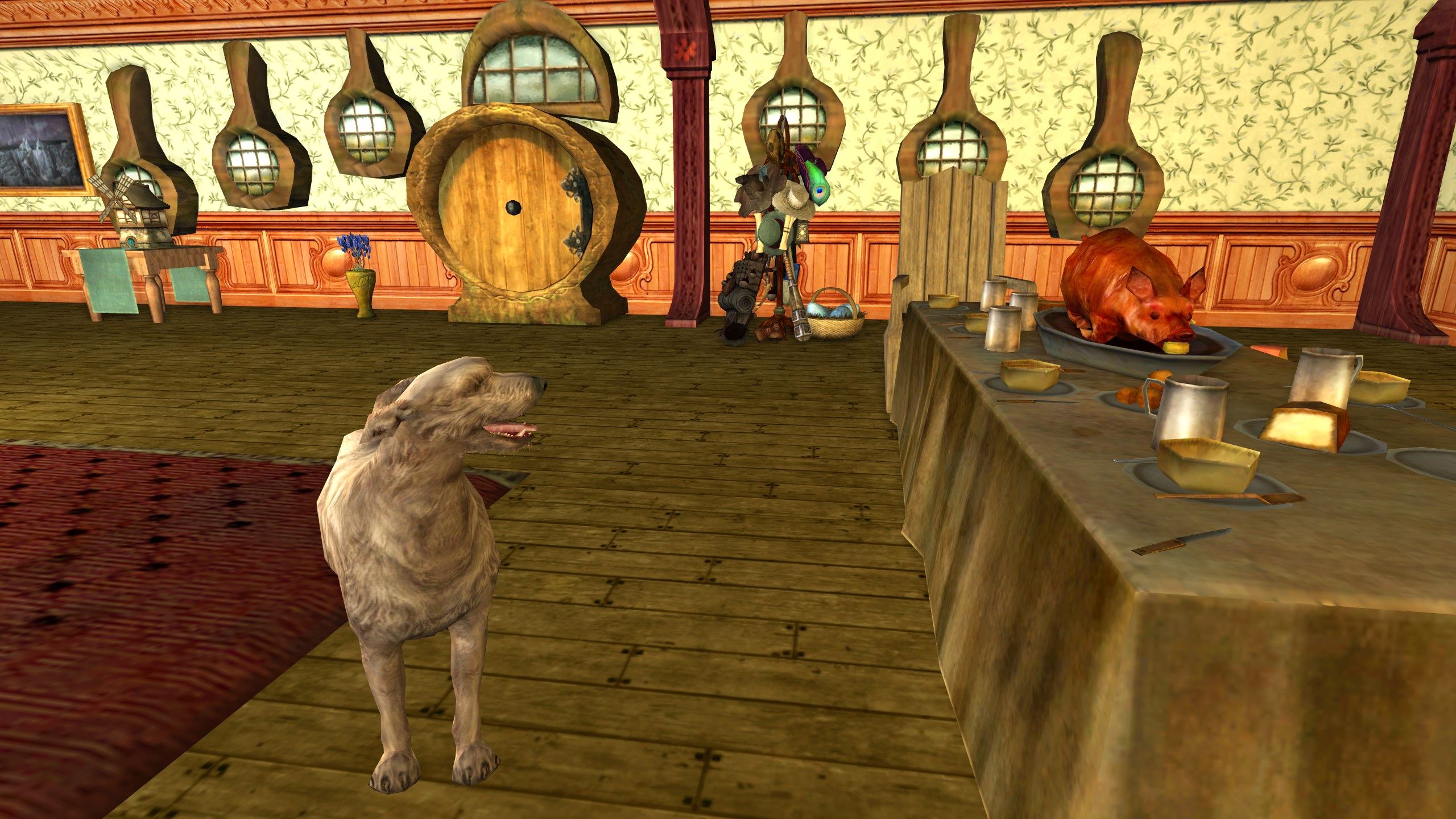 (this is a piece of dog poetry, aka. dogetry. It has been simplified and adapted from Dog to make it easier for hobbits to read)

When she passed by a burrow, her nose caught the scent
Of the finest of vittles, it made her relent
So she ran to the garden, her belly a-quake
When her eyes saw the fattest and juiciest steak

“Oh, how friendly the hobbits, how caring they are”
“Leaving food for a dog who has come from afar”
So she picked up the steak and she lay down to eat
When she heard from the burrow a mortified bleat

Stomping into the garden with murderous eyes
Came a hobbit who looked like she’d been baking pies
She was waving a mean-looking pin in the air
“Leave my dinner alone, or I’ll kill you, I swear”

Now the dog ran away with the steak in her mouth
Up the road to the north, down the lane to the south
From behind she heard cursing and yelling aloud
It seemed steak-eating dogs were down here not allowed

Oh, the dog never had such a grand time before
There were steaks in the larder and rugs on the floor
And the yelling outside helped her sleeping at night
After all, high-pitched howls make a dog feel alright