Morenwenna, actually born as Dunnedel is a Silvan elf of former Eryn Galen (Greenwood the Great). She comes from a family of Nandorin and other Teleri descents, though her appearance says otherwise. Also, Morenwen is a member of the ancient Nando household of Na'Amhlaidh, one of the very few remaining houses of the Nandor. Her begetting was in TA 516 in Caras Tilion upon Emyn-nu-fuin, which was the current city of Thranduil before the coming of the Necromancer. Morenwenna is the only daughter of Maechenebiel the Lutenist and Calendir the Warden, who took part in the battle of the Last Alliance in SA 3434 and aiding their king: Oropher. Once having a brother of an unknown name before her coming, one day he travelled far east, never to be seen again. Since the day of his mysterious disappearance, Morenwenna never learned of him. Morenwenna's Mother, Maechenebiel, a half Sinda and half Laiquendë from Lórinand (Now Lothlórien), gave her the Sindarin second name of 'Finuial' meaning 'Twilit Hair', which symbolizes the time she was birthed: twilight.

In her first stage of life, Morenwenna was an outgoing and curious elf. Her interests at those times were flower-picking and crafting figurines out of twigs and leaves; often representing an elf-sire and an elf-maiden, fantasizing of her future betrothed one. Even though she didn't many friends, she spent many hours with her mother together. Her father had little time to spend with his dear wife and daughter since he was mostly on duties. Most elves suspected of her as an adoptive daughter and a pure Avar because of her hair colour and not similar traits to her family, but that came to an end when Maechenebiel humiliated the group of elves who conspired about Morenwenna. Morenwenna's mother had a high distrust and hatred for High Elves, especially the Noldor and Feanorians (worst), due to the troubles they have dealt with the enemy. As a little elfling, Morenwenna has been surrounded by her mother's prejudice towards those who aren't Teleri for most of her youth and though thankfully, has not shared any personal traits with Maechenebiel.

As Morenwenna reached her second stage in life (100 years) and was considered a full adult, it was important for her that she had to know how to handle a weapon, as it was mandatory for her living standards. She wanted to learn how to shoot from a bow because archery was the most common defense practice among the Wood Elves as it can strike a foe down within far distances, but it didn't seem it was right for her. The first and last time she tried, the bowstring wasn't easy to pull and her target was significantly weaker than average. Her father suggested that she should try out for a warden instead. Surprisingly, she learned how to aim a javelin and fight with a spear and shield in a matter of days. The relationship between Morenwenna and Calendir grew more, but still, she was closer to her mother as they shared similar interests of music. They would often duet in courts and parties, bringing many attention and praise.

Soon, Morenwenna joined the King's Guard. Each day she was tasked to walk around the city and be on the watch. In certain parts of a year, she would take part in annual sparring events with fellow elves, but for her, it was nothing but a simple task and always bested her opponents. She won several titles, such as "The sharp spear" and "The undefeated shield maiden" but did not take them personally. Alongside her successes came with a downfall. The juries of the event told her to take a break from taking part in the tournaments to let others get a chance. Morenwenna understood and accepted it with slight disappointment. Her success began to fade away over the years as more champions came in her place. Like most of her fellow guard friends, on feasts, they would drink a lot of wine, while she preferred to drink less and responsibly because she thinks that it would be reckless behaviour for her to conduct herself in a drunk manner. As a member of the King's guard, if anything bad happened, she would get the blame for anything misfortunate. If she does drink, she would select a vintage that is not as powerful or maybe perhaps that is watered down. Though she likes to have a good drink, she does care about her wellbeing and the enjoyment of others. 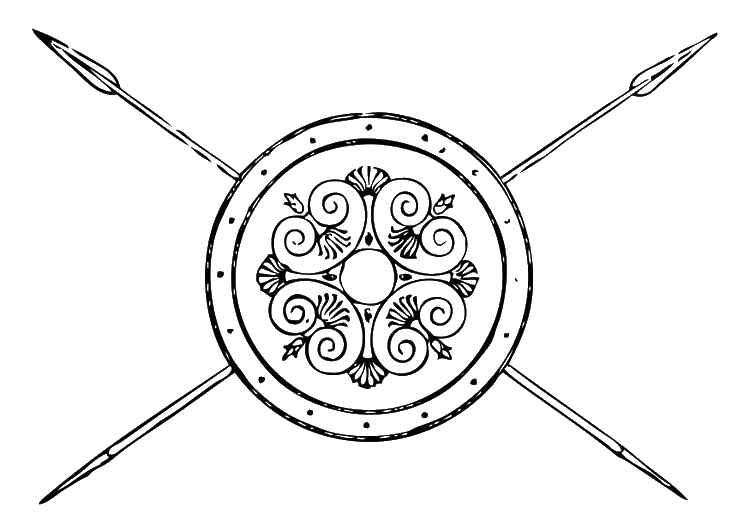 On TA 1050, a shadow had fallen upon Greenwood, forcing Thranduil and his people to flee up north, including Morenwenna and her family. Soon Felegoth, a series of caverns which was similar to Menegroth, the capital of the old elven kingdom of Doriath, which was established with the help of the Naugrim (Dwarves). The Silvan elves being more protective than ever, they have doubled their forces and had been more protective of their land. Morenwenna has been selected as a recruitment officer and began recruiting more members to the Kings Gaurd and training the basics and the tasks of the job. Since the migration of her people northward, she rarely took time off because the woods were more dangerous than ever. Morenwenna missed Caras Tilion too much, even though it's been covered in dark and shadow and left to crumble. For a few years, she took a bit of time off her normal duties and her with a few other elves scouts, she would travel to enemy points and sabotage their camps within Eryn Galen's border, or it was now considered Mirkwood's, border.

The Battle of Five Armies

In T.A. 2770, Smaug the terrible had invaded the dwarven city of Erebor and Morenwenna was called for urgent aid. Watching at the top of the Raven hill as the dwarves fled in panic, she became enraged inside after Thranduil declined to help them that day because she thought that was an act of selfishness and cowardness, but had no other choice but to obey her king and retreat. If she had confronted the king, her fate was eternal banishment from Felegoth. She learned that Thranduil's reason for the retreat is because of past experiences he had with the drakes of the north; Smaug being a greater threat. She too had faced the drakes in the Grey Mountains in several expeditions, where Smaug was said to have come from. In T.A. 2941, she took part and became one of the very few survivors of the Battle of Five Armies. It was at the moment when the enemy broke through Dale and attacked the survivors of Lake-town, a Gundabad orc struck its club at her left knee; practically smashing the knee cap and leaving her in crucial pain, but out of a slim hope, she managed to slay even more orcs. After the battle ended, she had learned of what had become of the rest of the elves that didn't survive and helped bury their bodies. Unable to walk with one leg, she was assisted into Loeglond, where she was going to recover for a long period of time. Morenwenna does not wish to speak of that terrible event no longer.

Herbalists have told her to not participate in any combat or any activities that required the use of both knees and to take time off her guard. Morenwenna couldn't help it but wait until her knee was better. In Loeglond, she would've been seen near the docks helping out with fishing and filling supply carts set out for distant lands. The burdens of what happened at the Battle of Five Armies left Morenwenna scarred, and upon her return to Felegoth, she resigned from the guard and quit her position. After all these years of training she sacrificed, she became afraid of combat and the many losses of her people made her grieve tremendously. In the brief years of her return to Felegoth, she spent time in halls of her family chambers; tucked within the narrow halls. She helped out in daily tasks and taking interests such as cooking, cleaning, washing, and of course, music.

A couple of years later, Morenwenna bid farewell to the whole of Eryn Galen to become an explorer and seek out shelter in other lands, for she felt that she doesn't want the whole of her life in Mirkwood. At the bridge of Felegoth, Calendir and Maechenebiel gave their daughter a sapphire pendant and a brooch, so that it will be a reminder of home. Morenwenna promised that she will return there when the danger has decreased in Mirkwood and when Thranduil will open his roads freely, then she will see her parents again and remain in Felegoth when most of the Eldar sail West. Going with a group of other elves who wished to travel, she had escorted them safely through the Misty Mountains near the road to Imladris. As for Morenwenna herself, she continued south-west alone. From time to time, she was travelling through the remains of Eregion for a brief while in secrecy and studied what happened to the region. Upon that, she learned the history of the Noldor and the forging of the rings. After the studying of the ancient Noldor region, she came to Rivendell and made her stay there. Finally, after finding a place of escapism from her burdens, Morenwenna made Rivendell her second home.

Currently, Morenwenna is seen in Imladris (Rivendell) doing her daily tasks or playing songs on her lute. If you happen to see her, she'll be happy to have a conversation and a glass of wine with you and perhaps play you a couple of songs.

"Things are still yet to come... Patience is needed. My Adventures have not come to an end."

A little about myself (OOC):

Hiya! Or Mê G'ovannen in that matter, hah. This is just a little personal statement I wanted to write on LA, just so you can get to know me a bit better in person :) I love to do creative writing and since I am a massive Tolkien fan, so why not put them together? I've found out about LOTRO from a friend of mine and he recommended this to me and I've played for more or less about a year. I've been introduced to Tolkien's works by my dad and I was 5 when I watched the LOTR trilogy. Yes, a tad too young because of some of the scenes, but never regretted it. Currently, I am in my mid-teens (Surprised yet??) and since my discovery of the Silmarillion and other books by J.R.R.Tolkien,  I also love to do roleplay because I wanted to experience the point of view from another perspective.

This is all I have to say for now, without giving away too much. If you feel interested in roleplaying with me or any roleplaying advice, I'll be more than happy for you to contact me via game or Laurelin Archives :)

There are no adventures here yet.
Morenwenna's Adventures