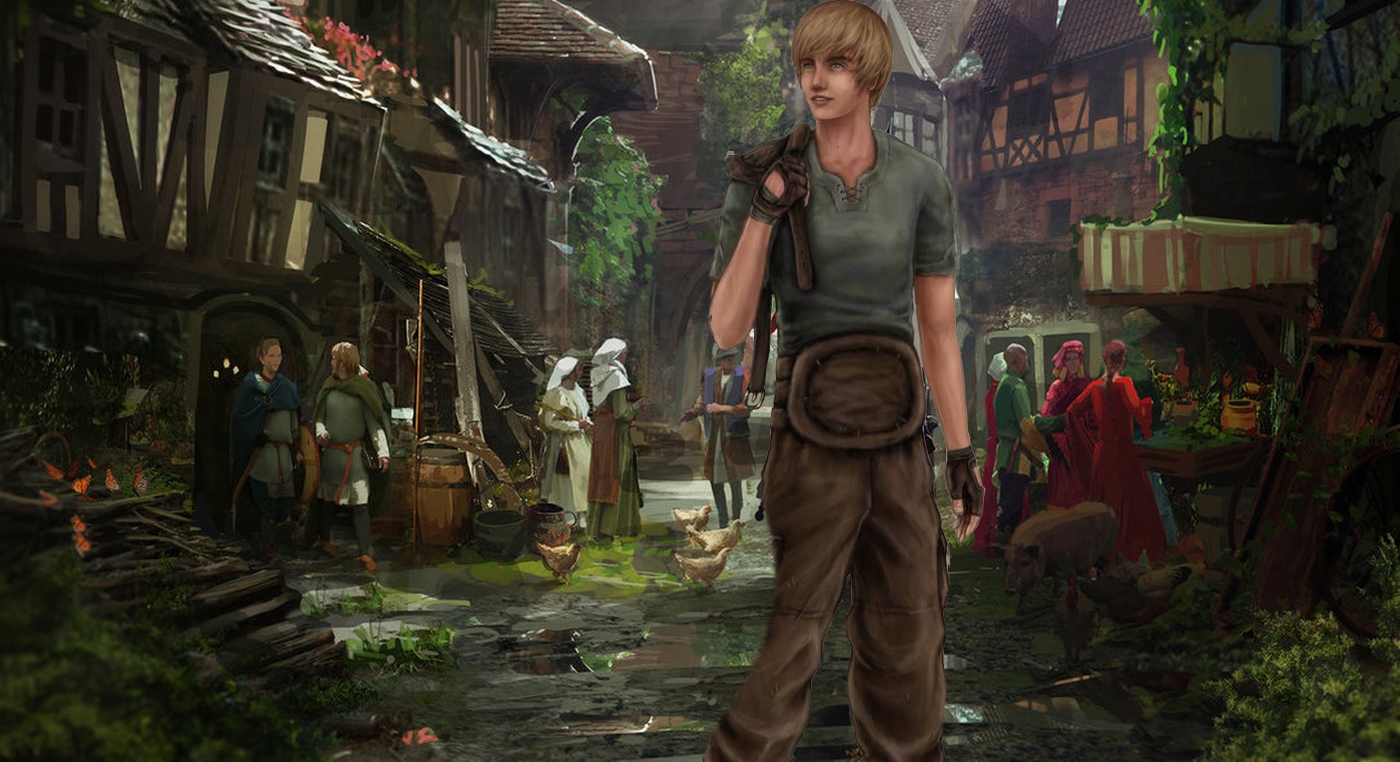 Tilton, more commonly known as Tilty or Tilt, is a young man of Bree. He is in every way, both in appearance and character, your typical every day Bree-Land chap. His background is mostly from a farming heritage, with both his Father and Grandfather working in that trade. It was natural that when he was old enough he would follow in that profession. From a young age, he was put to work and such things as education and childish pursuits were seen less as a priority than putting food on the table for the family.

He never had much of a childhood and from his birth, he was not treated like every other child, from the moment he let out his first cry, his Father hated him. His Father, a once kind and hard working family orientated man, changed on the day Tilton was born and rejected his Son, all because his wife died in her child-bed. Stricken by grief on loosing his wife, Frankburn, Tilton's Father, blamed it entirely on his infant Son and entered into depression. Tilton, for a lot of his infancy, was left to the care of his Grandmother (who sadly he does not remember), as Frankburn refused to take on the responsibility. Only when it seemed Tilton had use did he seem to bother with him.

As a result from his upbringing, Tilton can be reserved and less enthusiastic, he can even be rather skittish. He is not very charismatic and can sometimes become shy as a result, often prone to dark moods and thoughtfulness; eager to please and fearing displeasure.

Frankburn relied heavily on drink, gambling and other less popular pursuits to sedate his anger and depression and when he was not working, he was taking out a lot of his feelings out on his Son, when the drink was not working. It gradually became common place for Tilton to be abused violently by his Father; if he did not bring home enough money, if he appeared to be lazy. Nothing Tilton did ever seemed to please him. Frankburn soon fell into the company of known tricksters and people who liked the wrong side of the law.

As Tilton got older and could be more independent, he would seek work on local farms that were separate to the employment his Father had. He made sure to be as distant from his Father as possible, till it was only on a night, when going home, he would be in his company and when he knew his Father would have passed out from his drunk stewper. Since education was not given to him, Tilton took it upon himself to do it himself, often frequenting the local reading rooms and picking up any book he might find. Writing is still not his best skill, but he is always improving.

As time went by, Tilton felt his feet itching, longing to see the world outside of Bree, away from his angry Father, away from the farms and the cobbled streets