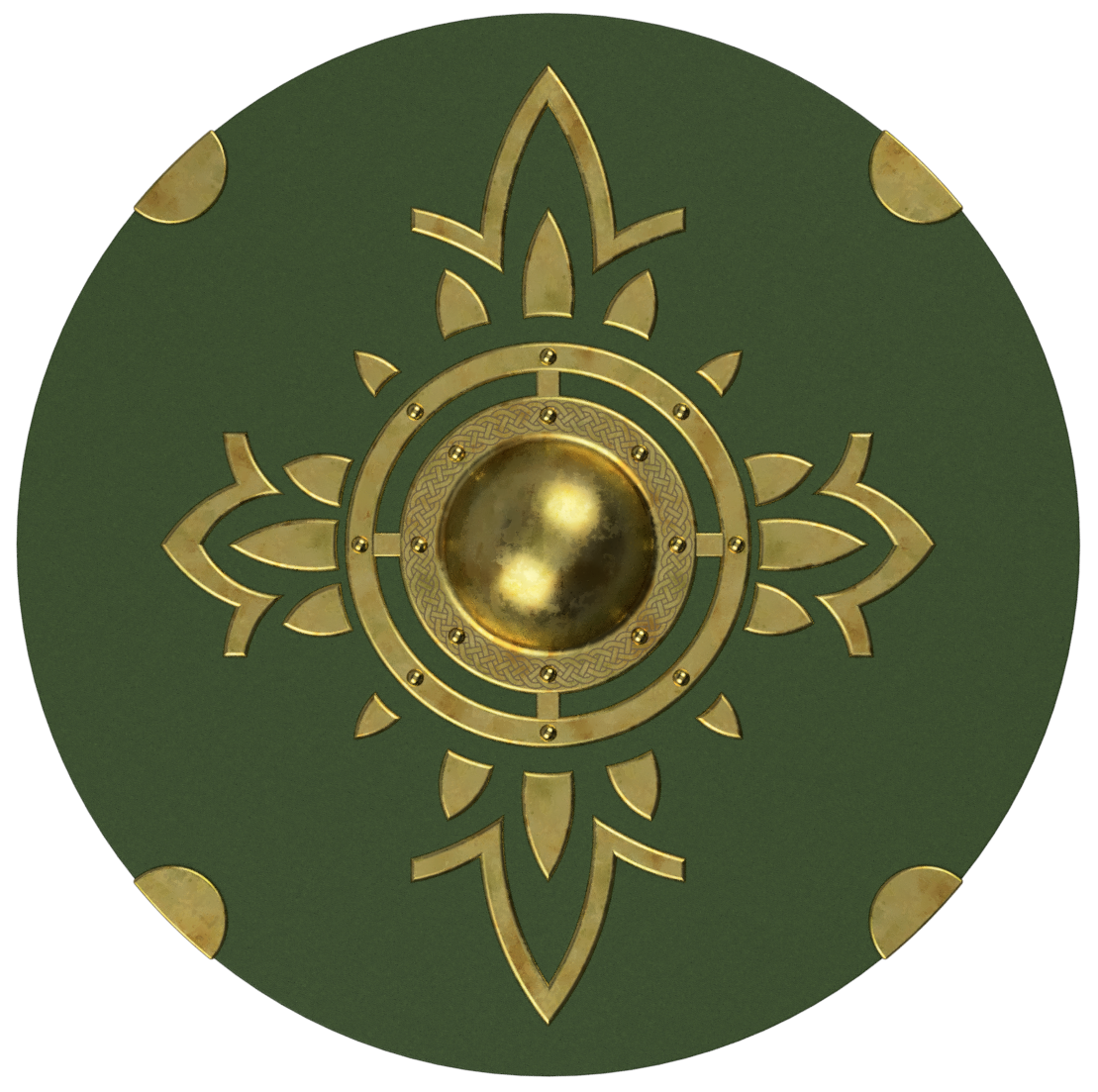 Points of interest in his personal life:

- As a young rider who trained hard under his father's watchful eyes, he soon rose to become a respected sperewigend amongst the Elfward. He proved his worth in battle many times over, and he served the lords of Faldham in their campaigns in the Norcrofts and beyond for many years, proudly wearing the mark of the Elfwards. Eldewine had by that time struck a deal with his long-time friend Ehteris Tiubar, a man of lordly stature, and went to Floodwend to stand by his side. When Ehteris passed, he continued serving his son Ehris.

- A fate like many others awaited brave and honorable Eldewine, and when he met his untimely end in the northern reaches of Rohan, the time thus came for Waelden to heed the call and fulfill the oath in his father's place. Waelden has ever since lived in Floodwend and serving as the personal guard and all-around handyman of the Tiubar family. He will remain as such until his death, or until the agreement is broken. Such is the power and price of oaths, commitment and honor that echo through the generations. However, he is usually free to pursue his own goals and ambitions as he sees fit, and especially now when the elderly lord Tiubar is retired from active campaigning and mostly spends his days at home. In recent years Waelden is tasked with leading and guarding the trading wagons that go from Floodwend across the Mark, often to Snowbourn and Edoras, and occasionally other towns. This has made him well acquainted with many taverns and their patrons along the way.

- Waelden is a widower. He married his teenage love Eda when they were both of age, and they stayed together as life-partners until the day of her death. A cruel sickness and fever had taken a grave hold of her, and she eventually passed away on a warm summer's morning some years ago. Together they have a teenage daughter, Ethel, who is Waelden's greatest joy in life and the reason he carries on.

- Waelden has now moved himself and his daughter to Edoras, for many a benefit to both his family and lord Tiubar alike. Above all he wants to give Ethel the space and opportunity to grow into the woman she's destined to be. Also to have a close man near the capital and the centre of trade does indeed give plenty of opportunity for lord Tiubar and Floodwend as well, and he will continue travelling the trade routes together with the merchants, from Edoras to Floodwend and any other town. Occasionally even Ethel might join him, since she's old enough to see more of the world now. Waelden and Ethel are now living together with Yllfa on her farm, since they have all grown very close. There they seek to build a home, a life, and a family together.

( The Rohan Shield picture on the page is created by myself and I reserve all the rights to it. )
( See the gallery for more pictures and information. )

Tales of a Rider, a Wolf, and their cub.
Collected tales, songs and memories from the personal lives of Waelden, Yllfa, and Ethel.

The Bancross Chronicles
Information and collected tales from the people in the village of Bancross, Rohan.

Men of the Mark & Brynleigh's personal Story Archives
can be found here, either via the link or click on the banner: https://bryn.shivtr.com/