Lost Lore ~ The Curse of Wyrgende

"What can you tell me about this stone?"

"This is the Stone of Wyrgende, and it is a place of sorrow for the people of Rohan..."

If you are an Eorling, you would know of this tale... It is one of great sorrow for our people, of an evil curse put upon our great kings! This is the tale of the Curse of Wyrgende...

The aldfæder, which means ancestor in the common tongue, of Théoden King, was Fengel. Oh, what a foolish king was he...

King Fengel was but a young man when he ascended to the throne, yet he ruled for fifty long years. Becoming king at such a young age made Fengel King greedy and violent. He made many enemies, but one enemy in particular, so unassuming, lead to Fengel's downfall and a dark curse that plague the kings of the Mærc to this very day...

In the last, bitter cold winter of Fengel's reign, the ill-fated king was hunting upon the northern banks of the Entwade, between Snowbourn and the border with the Entwash Vale. There was a cold chill in the air, on that dreaded afternoon, as Fengel King rested in his camp.

Along the road came a small, hunched figure, shaking and swaying from side to side. The figure walked with a twisted, gnarled cane that cracked the frost covered path beneath it. King Fengel, so bold and brash, realised that this figure was merely a poor old lady, wandering alone through the Sutcrofts.

The old woman approached King Fengel's camp, staggering as she stepped. Calling out, she pleaded, "A scrap of bread, if you please, my mighty lord. I am lost, and cold, and hungry."

Brazen Fengel scoffed, speaking down upon the old woman, "Who are you, crone, to beg from the crown? If you seek warm food in your belly, find some churl whose bed lies unwarmed, or find some game and slay it yourself!"

Fengel drew his own hunting dagger from his belt, silvered and shining in the winter sunlight. He tossed it to the old woman's feet, sending her away into biting cold frosts of the winter plains. The King's men were horrified, disgusted by the king's lack of remorse and sympathy. All that dark, long night, the King's Men searched for the old woman, but due to the actions of King Fengel, it was all too late...

As the sun rose over the horizon, deep red hues streaking the sky, the King's men came across an awful sight...

At the foot of a tall boulder, the King's shining silver dagger in her thin, boney hands, was the cold, frozen corpse of the old woman. Turning their eyes upon the rock, the King's men widened their eyes in shock... for upon it the scorned old woman had carved a curse...

For those of you who speak common, it reads...

Grief shall be the get of thy greed.

No lord of your line shall long live,

Upon thy seat no son shall settle.

And at the bottom, after writing her wretched curse, the old woman signed her name.

From then on, no hammer nor mattock, blade nor pick, has been able to harm the carved curse and the frozen corpse of Wyrgende... It is still there to this day and you can see the old hag's corpse, preserved in ice, lying beneath the cursed words. Perhaps you should go see for yourself? Be careful, dark sorceries and magicks haunt that place... 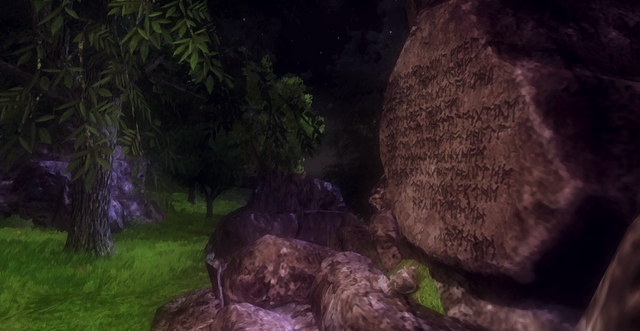 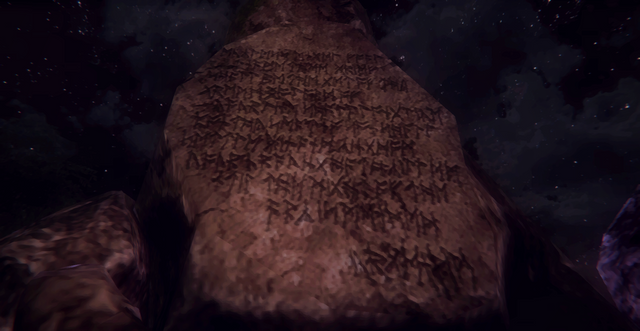 Article written by Blodflaed, of the Laurelin Archives Reporter Team.