The Turn of the New Year

It's New Years Eve in Bree-land! This calls for a party at the Prancing Pony, to celebrate the ending of the past year and the start of the new one. A young woman sits and reflects as revelers party around her, on the past, present and future.

Dark, stormy grey clouds lingered above the town of Bree, which lay nestled amongst the rolling hills of the land that surrounded it, the Bree-fields, with its farmsteads and woodland outcrops. As the sun began to rise over the horizon, a large drop of rain fell onto the cobblestones of the largest town in this part of the world. A guardsman cursed some as more heavy raindrops began to fall from the sky, muttering his annoyance of having to do the night-shift. A shadowy figure hiding in a small crevice between two houses pulled up their hood and swiftly slipped through the streets, disappearing into a shared house in the middle of Beggar’s Alley. Several huddled beggars turned their heads when the hooded figure went past, not wanted to be noticed by that type of person. They tried to squeeze underneath a patchwork tent, to avoid the rain, but to fit them all inside meant that one old beggar had to wrap himself tighter in his blanket and cling to the side of the nearest building in hope that the overhanging roof would give him enough shelter as the rain got heavier and began to stream through the cobbles quite rapidly. On the other side of town, warm candlelight spilled out of the windows of the Prancing Pony and a drunk hobbit stumbled out of the door, down the steep stairs, ending up in a puddle at the bottom. He pulled himself back into the building, with a chorus of laughter from the patrons that saw his sorry state, and plopped himself down in front of the fireplace near the bar. The tavern’s cat that usually lay curled up on the chair besides where the Hobbit sat, padded it’s way over a table with drunk and sleepy patrons that were starting to dose off. The cat nicked a bit of fish from a discarded plate and licked its lips, before jumping down from the table and skittering past the feet of the barmaid who had taken the nightshift from Mr. Barliman Butterbur, who was tucked away in his warm bed, blissfully unaware of the storm going on right outside his window by now. 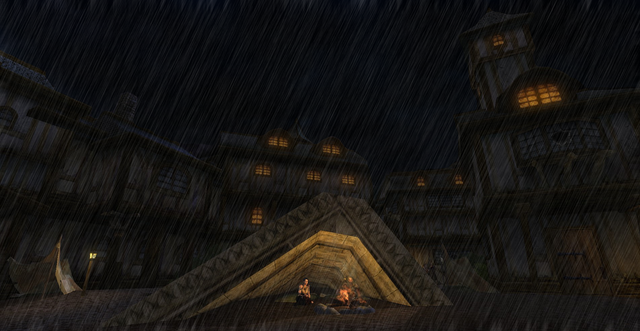 It was in the Prancing Pony that a young woman, no more than twenty winters old, sat alone in a corner. She watched the other patrons with meek curiosity, whilst nursing a pint of weak ale. She did not stand out amongst the Bree-landers, but her facial features and darker hair colour gave the impression that she was from the place on Bree-land’s northern border, Trestlebridge. She had been around Bree for some time and was not an uncommon sight amongst the locals, yet the girl had struggled to make friends amongst them. Instead, she sat and watched the people of the town. She learned many secrets said when it was thought that no one else was listening, yet she felt no reason to share these secrets, for she was but a simple young lady who kept to herself.

It was the night when the current year turned into the past and the new year came into the present. Here in Bree-land, it was celebrated with excitement and drinking. The young woman wondered about the stories she’d heard of distant lands. Some held parties and celebrations, although on a grander scale than here in Bree. Some practiced ancient rituals and called upon their deities for blessings for the New Year. The young woman wondered if she’d ever get to witness such activities, but she also felt that she would rather be here, in somewhere that felt familiar to her and not so far from home.

Thoughts about the past year began to fill the mind of the young woman. It had been a tough year, tougher than the ones before it, and it seemed like the hardship wasn’t going to let up anytime soon. However, people still carried on, it was all they could have done. The simple folk dealt with their problems by simply pressing on with their lives, even through heartbreak and pain, because they knew one day the hardship would pass. The braver folk that she’d met and heard of journeyed out and fought strange powers that were at work, to defend those simple folk who were just living their lives. She could not imagine the hardship that some people went through, for it was beyond her comprehension, but she wished that all those who suffered would have good times in their future. 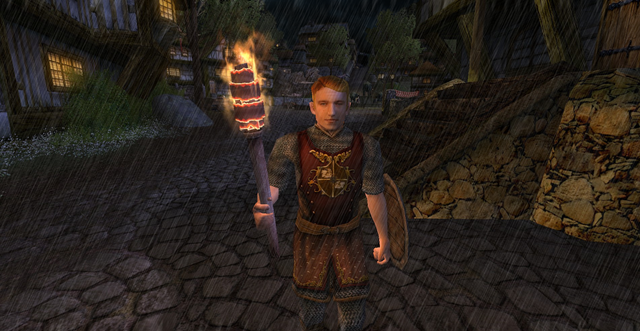 The woman’s thoughts were interrupted by the whole tavern bursting into a happy song and even she quietly began to sing along, with a small smile on her face. It was these moments that made all the hardship worth it, she thought. Her heart went out to those who could not spend these joyous times amongst others, who were alone on this cold winter night. She wished that in a year’s time that they might be able to celebrate in some way and have the joy that this time of year brought. There were so many people who were willing to help others, she'd noticed, and it comforted her that those in need may find that help.

Drifting back into her deep thoughts, the young woman began to think of the future… It was always uncertain and that could be terrifying. The woman hoped that the new year would bring happiness of some sort, even if it wasn’t what people expected. Perhaps a heartbroken maiden would meet her true love, or an estranged family member would reconnect with their relatives. Maybe a beggar would find a job and would be able to rent or even buy a house that they could live in and make a home for themselves. And there were so many possibilities for happiness that she could not even imagine. She knew that there would be hard times too, in this new year, but she hoped that she and everyone else could stay strong, to see those happy times when every moment of hardship was worth it. 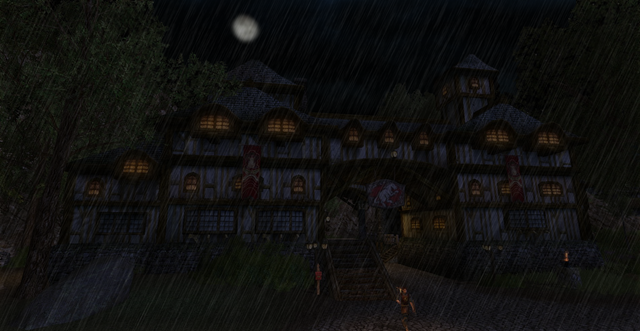 Tiredness began to pull at the young woman and despite wanting to stay in this time of joy and celebration, she knew that time moves on and that it was time to sleep, then wake up and go about her life as it happened, as challenges presented themselves, for she knew that she could overcome with them. As she stepped out of the Pony, she looked back at the patrons and wished them a happy new year. Walking down the steps and into the stormy weather, the rain drenching her hair and clothes within moments, the woman wished everyone else in the world a happy new year, hoping that indeed it would be happy, by the end of it.

Best wishes for the New Year, from the Laurelin Archives Team.