Helm Hammerhand, protector of Rohan, scourge of the Dunlendings, and ghost of the Long Winter, left no sons when he died. With him the First Line of Kings from Eorl and the Mark’s Founding was ended. Then Helm’s sister’s son, Fréaláf Hildeson, became King of Rohan, but this was not his only surviving kinsman. Not just his family, but his followers carried his legacy long after his death. They guarded the Hornburg, named after Helm’s fearsome battle horn, and the White Mountains from which it had been carved in Gondor’s ancient days. Ever since, this King’s clan have watched Rohan’s most southern border—this mountainous territory, hard and stern like their language—against the orcs, trolls, and bandits who dare to make claim on those passes, caverns, and tombs.

Helm’s Remnant are but one branch of a deeply-rooted tree. They are led by a distant cousin of the king’s line, but they are not all bound by blood. Men from Stoningland, from the Vales—Eorl’s ancestral homeland—or from so far as the north where Men take the name of plants or the East where warriors ride wains instead of steeds, might call Rohan’s White Mountains their home. For friendship, fate, and fortune is what binds these Men—not title, king, nor land.

Helm left Rohan with more than the name of a Deep and his grim history. He left it with the promise that in all weather, against all odds, the people of Rohan will stand. As foes not only press from all sides, but gnaw like termites through the spoiled wood of the King’s council, it is dire to hold on to that fearsome, unrelenting hope. The Remnant have not forgotten that perilous year when the first line of kings was broken and the Mark nearly lost to the Dunlending onslaught. Now that danger creeps again at our dusken doorstep, it is time to take a stand.

Each will find the chance to fulfill a legacy and in some way to make their own. 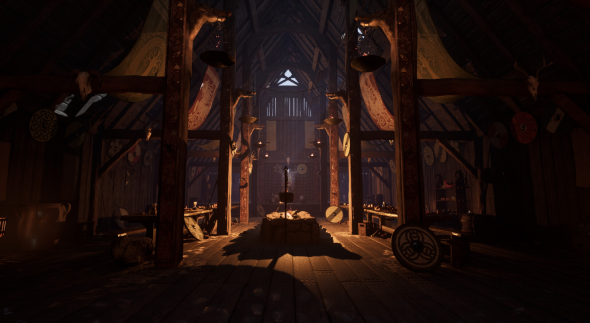 Helm’s Remnant is a heavy-RP kinship based in Southern Rohan. Our priority is to combine elements of landscape RP with the new homesteads to create a robust character-driven, plot-focused RP environment that is inspired by both book and game lore. Using the homestead as a base of operations, our design is to sojourn on warbanding expeditions that align with our kinship’s story, as directed by our members.

Helm’s Remnant plays 3rd age, pre-war era Rohan. We keep the timeline as vague as possible, but the general climate is a Mark in decline. Saruman has been in Isengard, being slowly corrupted by Sauron, for over two hundred years. We have no exact date for when Gríma Wormtongue was enthralled by the wizard, and Théoden King was only infirm for a few short years before the War of the Ring, so we play sometime in this context. Without being too specific, there is simply something not quite right in the Court of Edoras.

Do I have to play a warrior to join?

Not at all. The Remnant are a warband modelled after ancient and medieval social orders of clans. Warriors are sworn to the protection and service of the warband, but the warband includes people from every level of society. We are bound to each other by oaths, fortune, and mutual intention. Whether or not you play a combatant, there’s a spot for you. Curious about Rohan, but don’t have a character concept? We’ll help you find your niche. Everyone is welcome.

Do I have to be Rohirric?

Nope! As long as you have a good reason to join the band and fit with the kinship ICly and OOCly, you are welcome. Word-fame and fortune are not only for Eorlings to achieve!

We are working on that! And by we I mean travel to the Rohan homesteads is not yet straightforward from anywhere outside of Rohan. Contact an officer more directly for the best directions. Besides that, it is required you be level twenty. Once you’re at level 20, other kin members can help you level and eventually get you to the range where you’re able to participate in landscape RP, which is a major focus for this kin.

I don’t know much about Rohan. How much lore will I have to know?

Nothing at all. We ask rather for an interest and a willingness to learn, and that goes for all our members. Our kinship is currently developing a beginner’s guide to Rohan, so stay tuned! In the meantime, ask any questions, and get ready ro explore!

So what is expected of me?

Active participation. We look for proactive members who do not wait on others for RP to come to them, but who engage with other members of the kin to help RP grow. We encourage our members to come up with their own events, hooks, plot lines, interactions with other kins, and more. If you join our RP kin, we expect you to RP!

Send a message to Dytha via the Laurelin Archives, through in-game mail, or on discord at: HanHanSolo#2665. We look forward to meeting you!