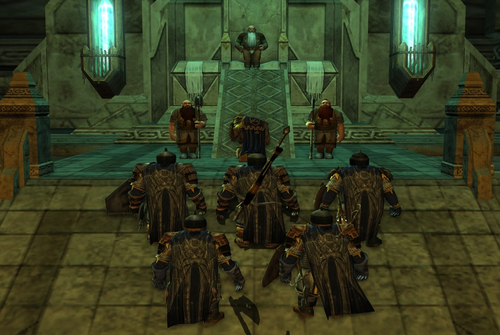 King Under the Mountain Dáin II Ironfoot sent Dwalin to drive out the Dourhands from Blue Mountains. When Thorin's Hall was reclaimed, Governor Dwalin was ordered to form a Regiment to protect the area from enemy threats. Lord Barkgrim, son of Kuinn, was appointed by Dwalin to be the first general of The Blue Mountains Regiment. 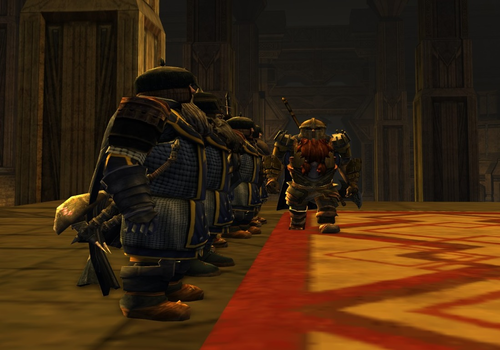 At first The Regiment only operated domestically in the Blue Mountains area. As its strength grew, the Regiment was able to send warriors off-shore, to protect every dwarf and all of the free peoples. 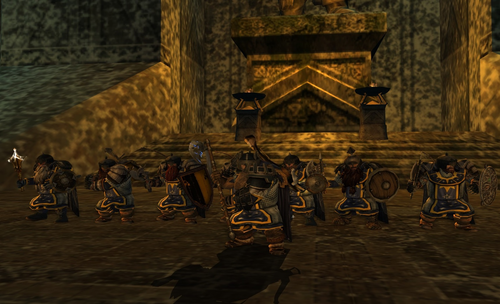 In Thorin's Gate non-soldiers also reside.They are crafters, scholars merchants, cooks and woodcarvers. They provide The Regiment with vital supplies. There live also the families of the soldiers. Thanks to the heard work of The Regiment, dwarrows can enjoy a peaceful life in Thorin's Gate--at least for now. In their off duty-time, soldiers can socialize with the civil population at the local pub. 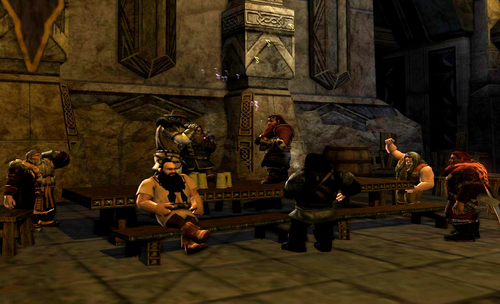 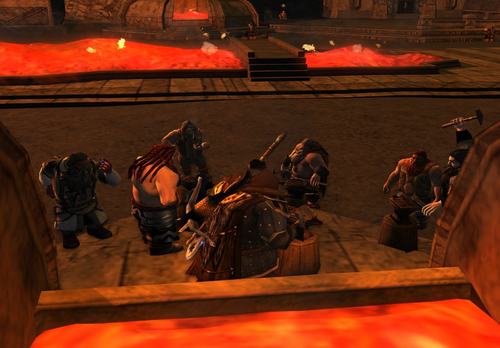 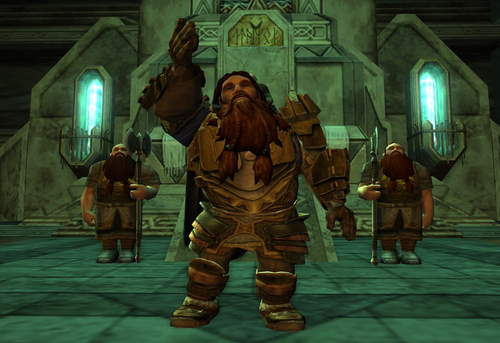